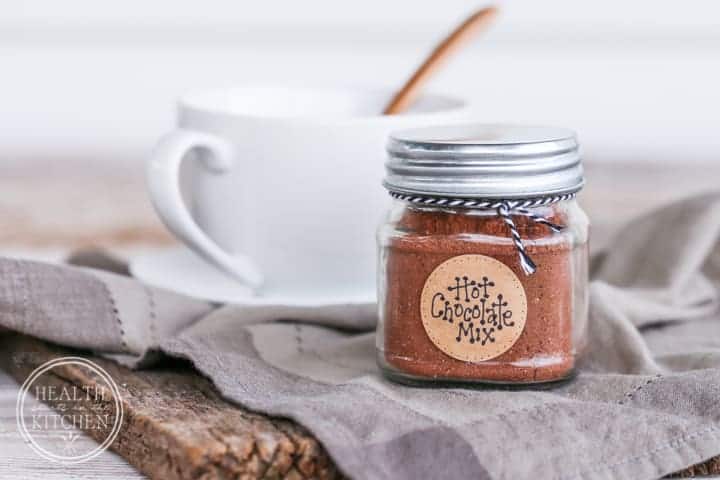 Hot chocolate, also known as hot cocoa, is a hot beverage consisting of shaved chocolate, melted chocolate or cocoa powder, heated milk or water, and often sugar. The first chocolate beverage is believed to have been created by the Aztecs around 2,000 years ago, and a cocoa beverage was an essential part of Aztec culture by 1400 AD. 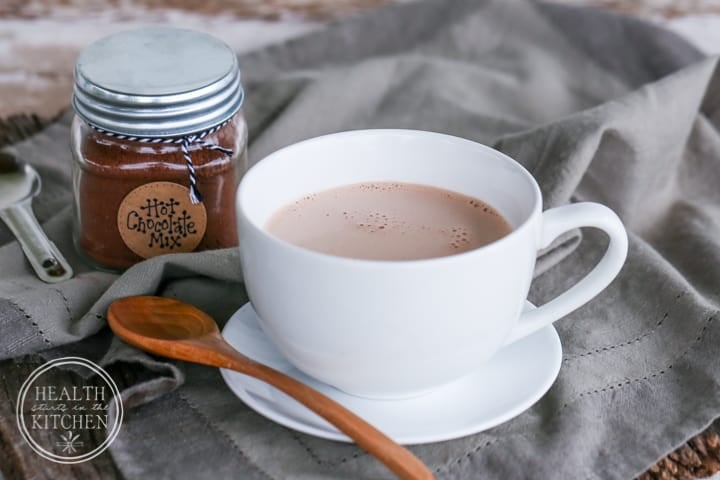 The beverage became popular in Europe after being introduced from Mexico in the New World and has undergone multiple changes since then. Until the 19th century, hot chocolate was even used medicinally to treat ailments such as liver and stomach diseases.

Today, hot chocolate is consumed throughout the world and comes in multiple variations including the very thick cioccolata densa served in Italy and chocolate a la taza served in Spain, and the thinner hot cocoa consumed in the United States. 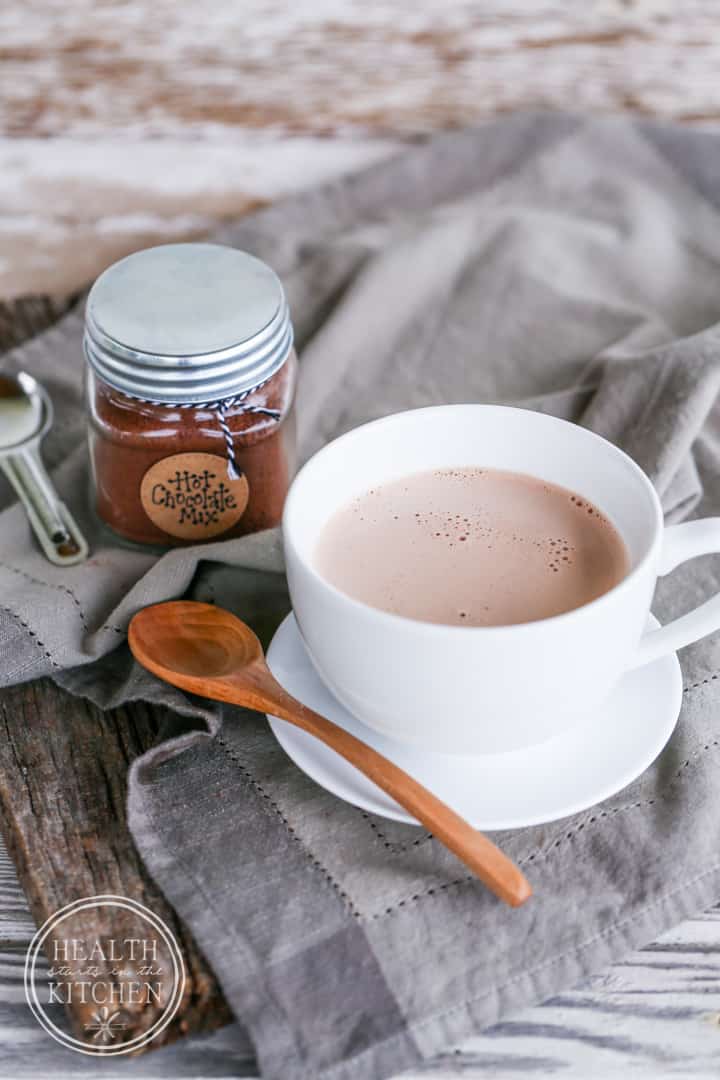 Today, hot chocolate in the form of drinking chocolate or cocoa is considered a comfort food and is widely consumed in many parts of the world.

Here in the United States, the drink is popular in instant form, made with hot water or milk from a packet containing mostly cocoa powder, sugar, and dry milk. It’s often very sweet and topped with marshmallows or whipped cream. 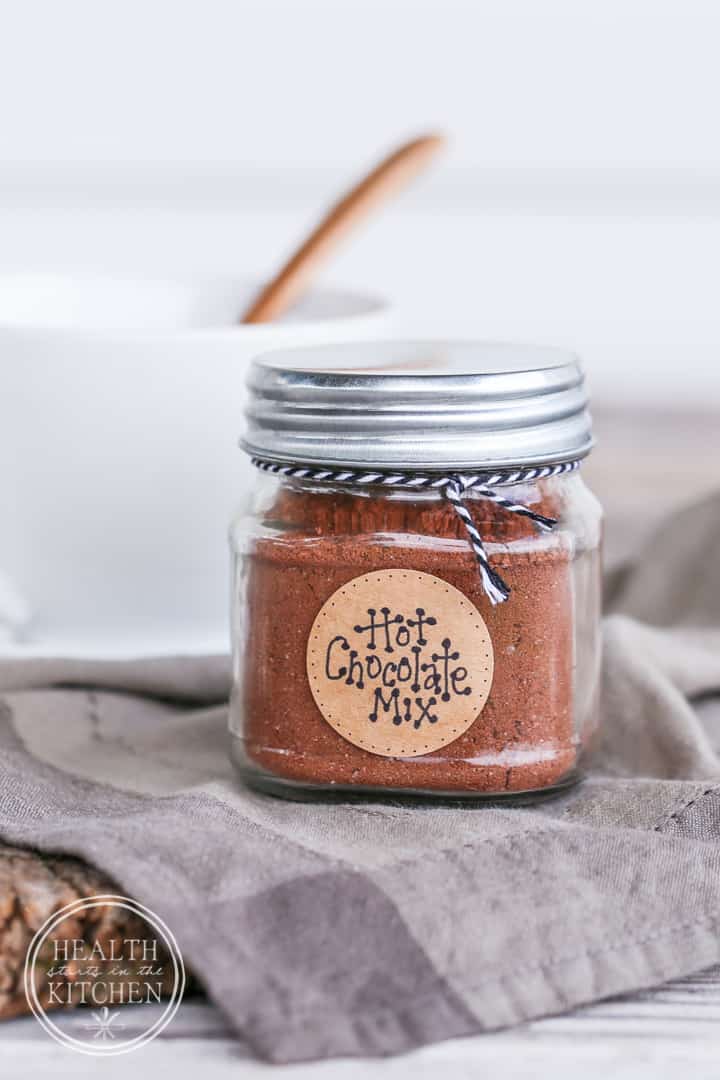 Hot chocolate was first brought to North America as early as the 17th century by the Dutch, but the first time colonists began selling hot chocolate was around 1755. Traditionally, hot chocolate has been associated with cold weather, winter, and dessert in the United States. 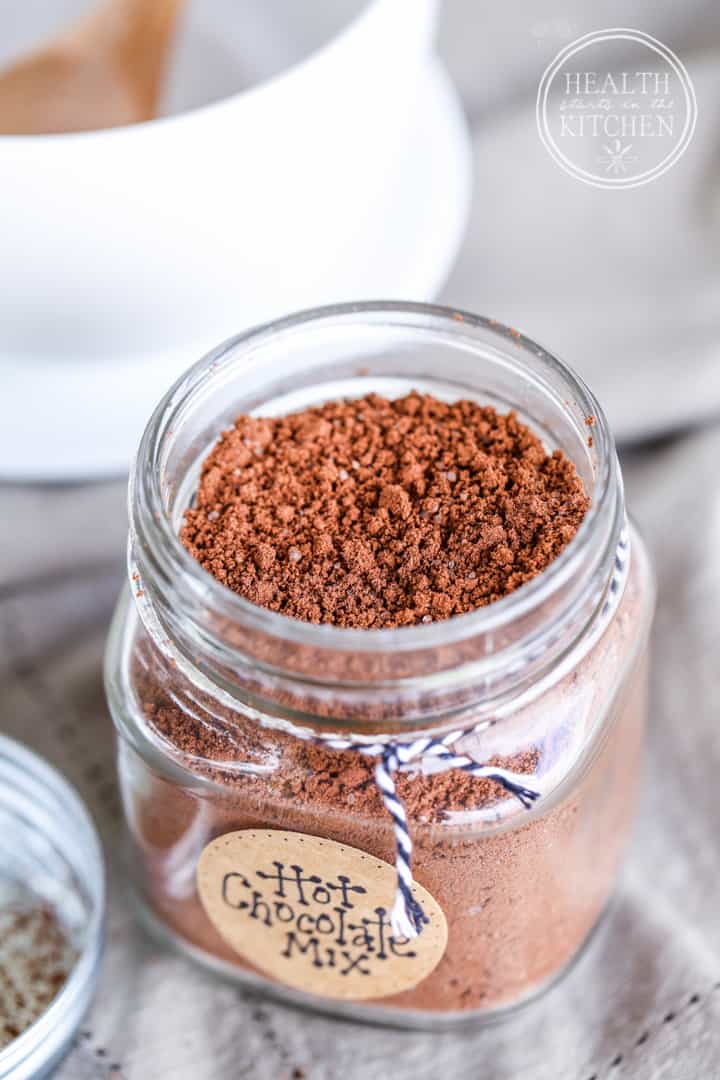 If you are Paleo (vegean/vegetarian or Dairy-Free) you’re surely missing a cup of warm, comforting Hot Chocolate this fall. Since there isn’t a commercially available paleo hot chocolate mix available and/or you’re like me and don’t want the hassle of making individual servings on the stove top.

No worries – I’ve created an amazing, Instant Hot Chocolate Mix that’s completely dairy free, paleo friendly and perfect for vegan/vegetarian lifestyles. With just a few simple ingredients, quickly blended together, yields you a instant powered mix for quick and easy mugs of Hot Chocolate when even your heart desires! 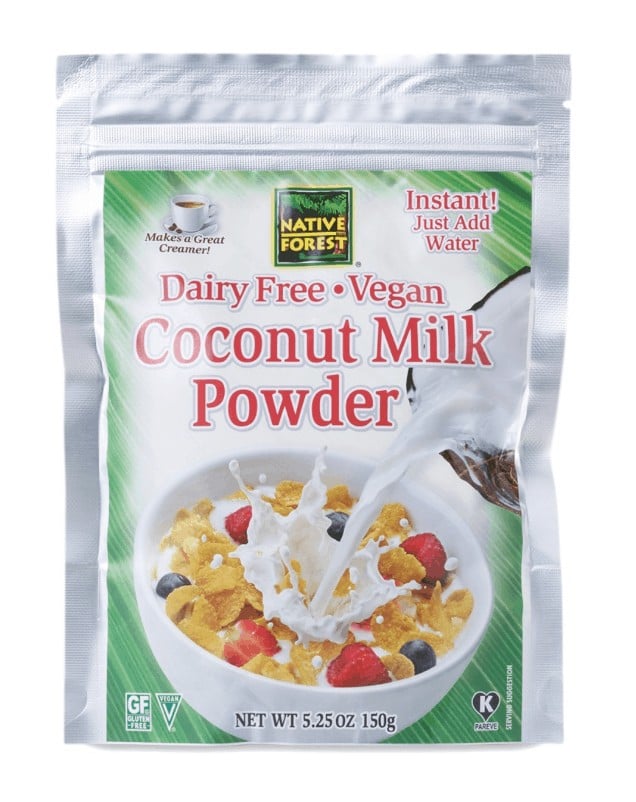 The key to this delicious Paleo Instant Hot Chocolate Mix is Coconut Milk Powder! You’ll need to purchase at Amazon ($3.53/bag) or at Thrive Market ($2.75/bag) – It’s important that you stick to the Native Forest Brand, since it’s not filled with junky ingredients like most other brands are.

This post is not sponsored or endorsed by Native Forest in any way, all opinions are authentically mine.

One of the hardest parts of creating recipes like this one, and by this one I mean a sweet recipe, is that I will never use a sweetener that’s perfect for everyone. Everyone’s healthy-eating/paleo template is different and that’s most obvious when it comes to what sweeteners we choose.

Realizing that I can’t ever make all of you happy, I just wrote this recipe how I like it.. but I’ve also made it with several other sweetener options and am offering you options for several popular paleo sweetener options in the notes section of the recipe. 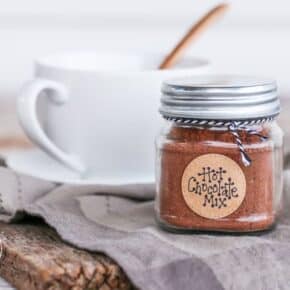 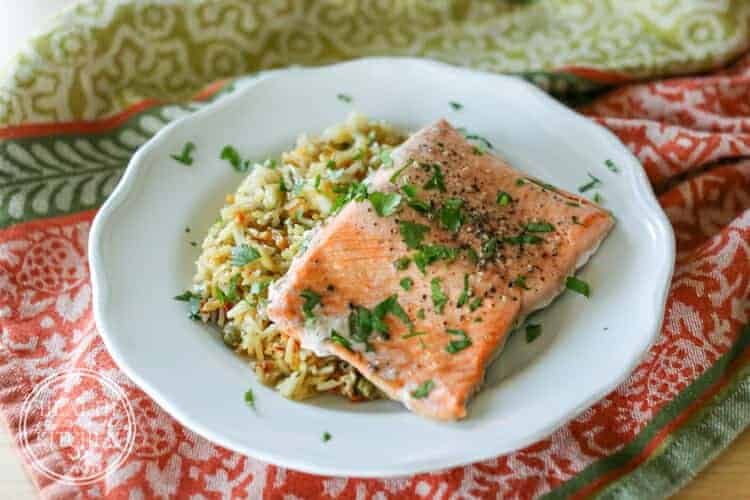 One Pot Meals are the best and with my Pressure Cooker Salmon and Rice Pilaf it only takes 5 minutes to cook everything all at once. A delicious and healthy dinner can’t get much easier! 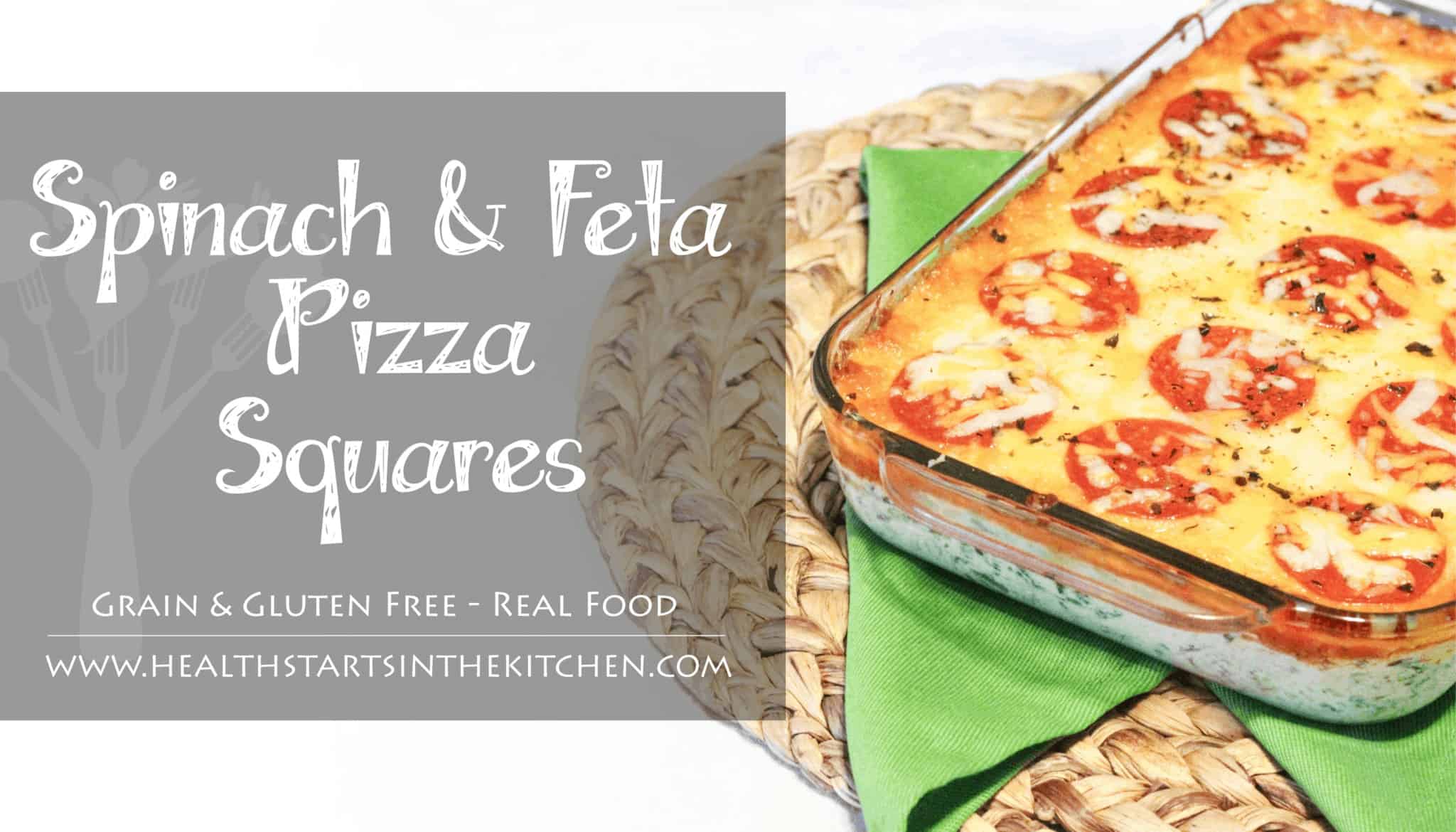 Sometimes the yummiest meals are the ones that just come together using up stuff in your fridge, that’s what happened with my Spinach & Feta Pizza Squares!! I totally intended for them to be flop. Never thought that they might actually be a recipe we would love immediately.  The bottom layer is packed with spinach,… 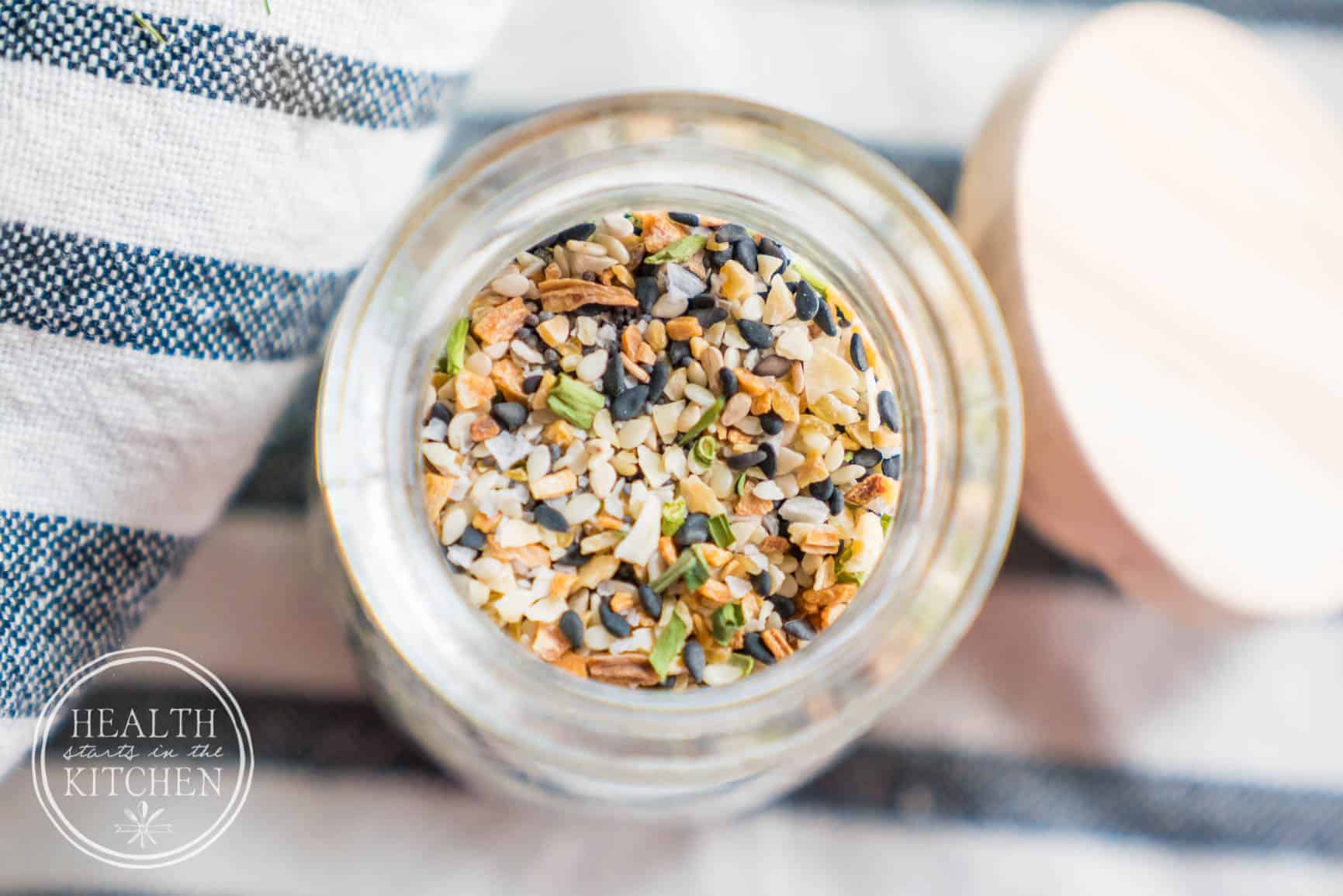 Perhaps you’ve noticed that “Everything Bagel Seasoning” seems to be the hot spice blend of the moment. People are literally putting it on All.The.Things… and I’m not any different. It was love at first taste for me too! My addiction to Everything Bagel Started out buying THIS version but quickly I noticed that it’s so… 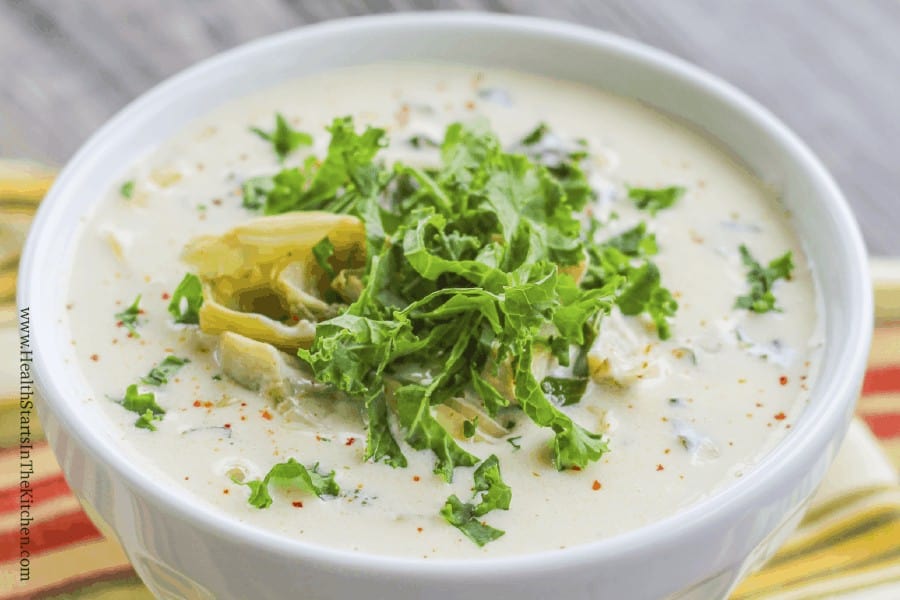 An exciting combination of flavors and packed with healthy dairy fats and nutrition dense kale. My Cream of Artichoke and Kale Soup takes just minutes to make but tastes like a gourmet treat, that’s low carb and gluten free! If you like spinach and artichoke dip, you’ll be sure to love this Cream of Artichoke and… 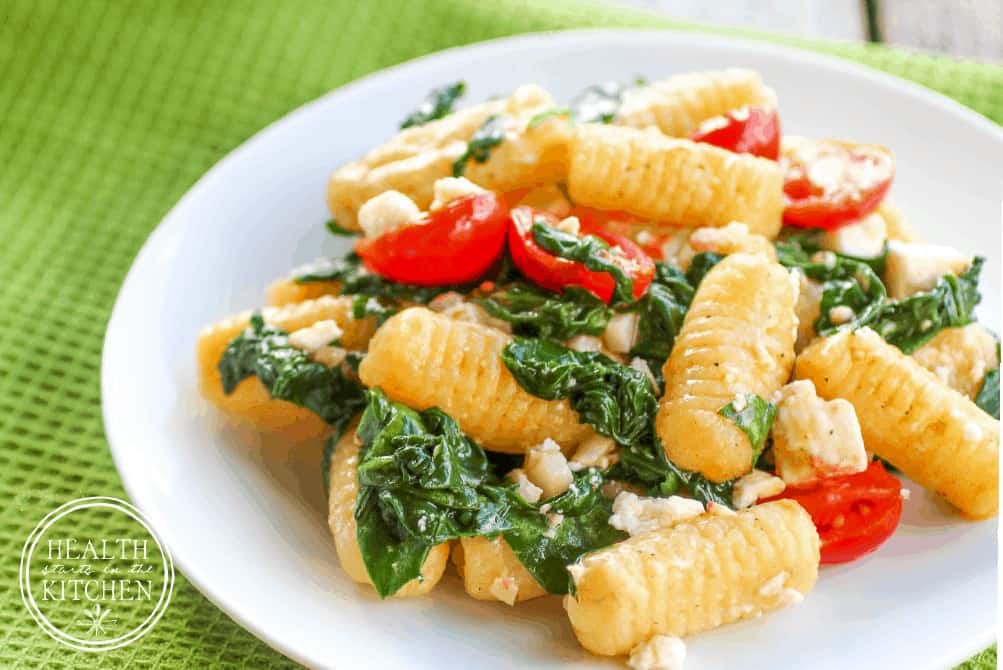 A traditional Florentine pasta, ricotta gnocchi is the lighter version of northern Italy’s potato gnocchi—made even healthier by substituting grain-free flours for the traditional all-purpose flour. This gnocchi cooks up as soft, mild-flavored dumplings. They are delicious with any type of sauce you’d usually serve on pasta but I recommend sautéing them with spinach, tomatoes and feta! If you’ve never made… 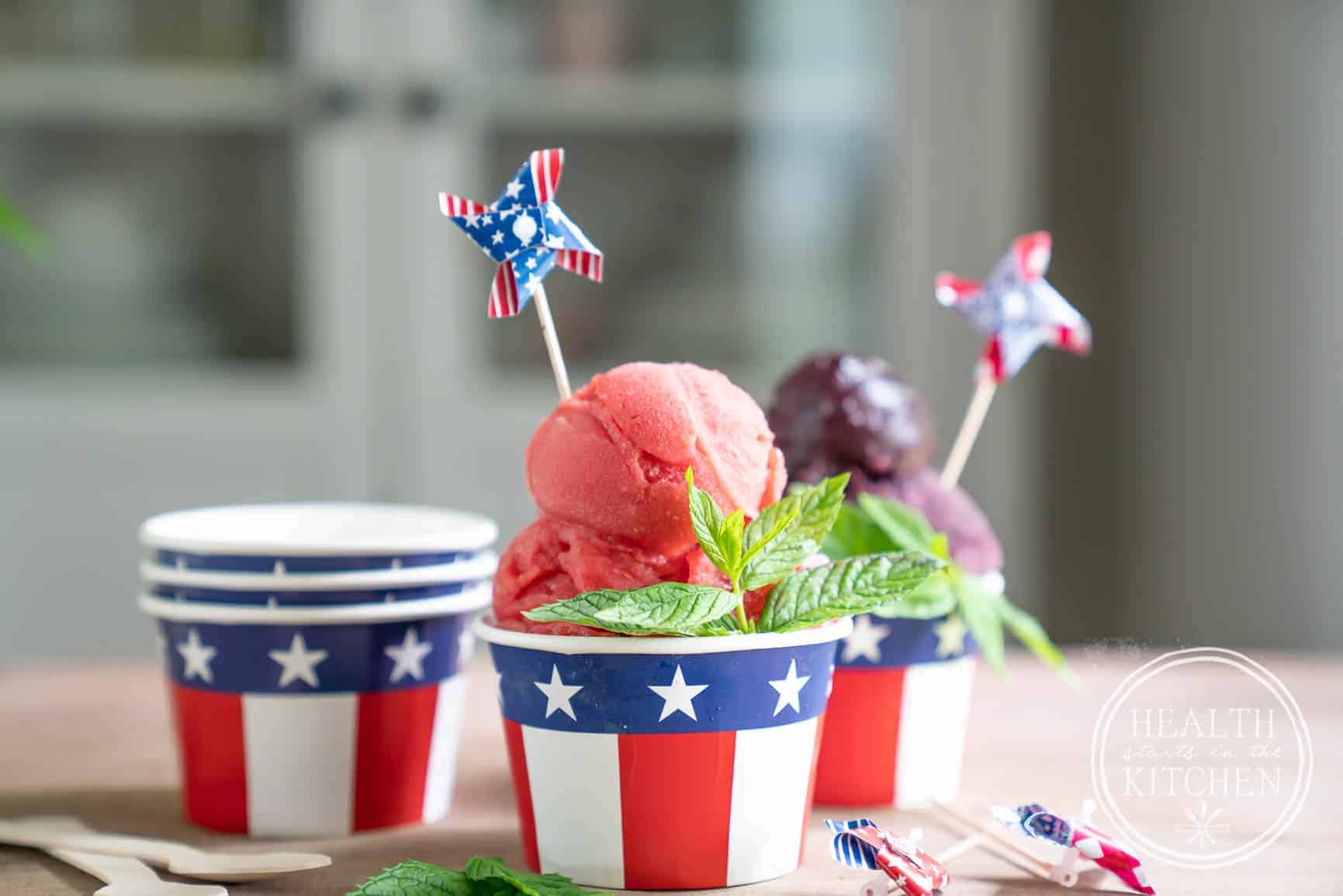 With my Vodka Berry Sorbet stashed away in the freezer, I know that I’ll never be caught without an amazing treat for visiting friends, no matter how last minute the get together is.