This Easy Homemade Cool Whip Recipe is stable like the store bought kind but made at home and SO much more delicious! Made healthier with real food ingredients and can be made sugar-free & keto-friendly. 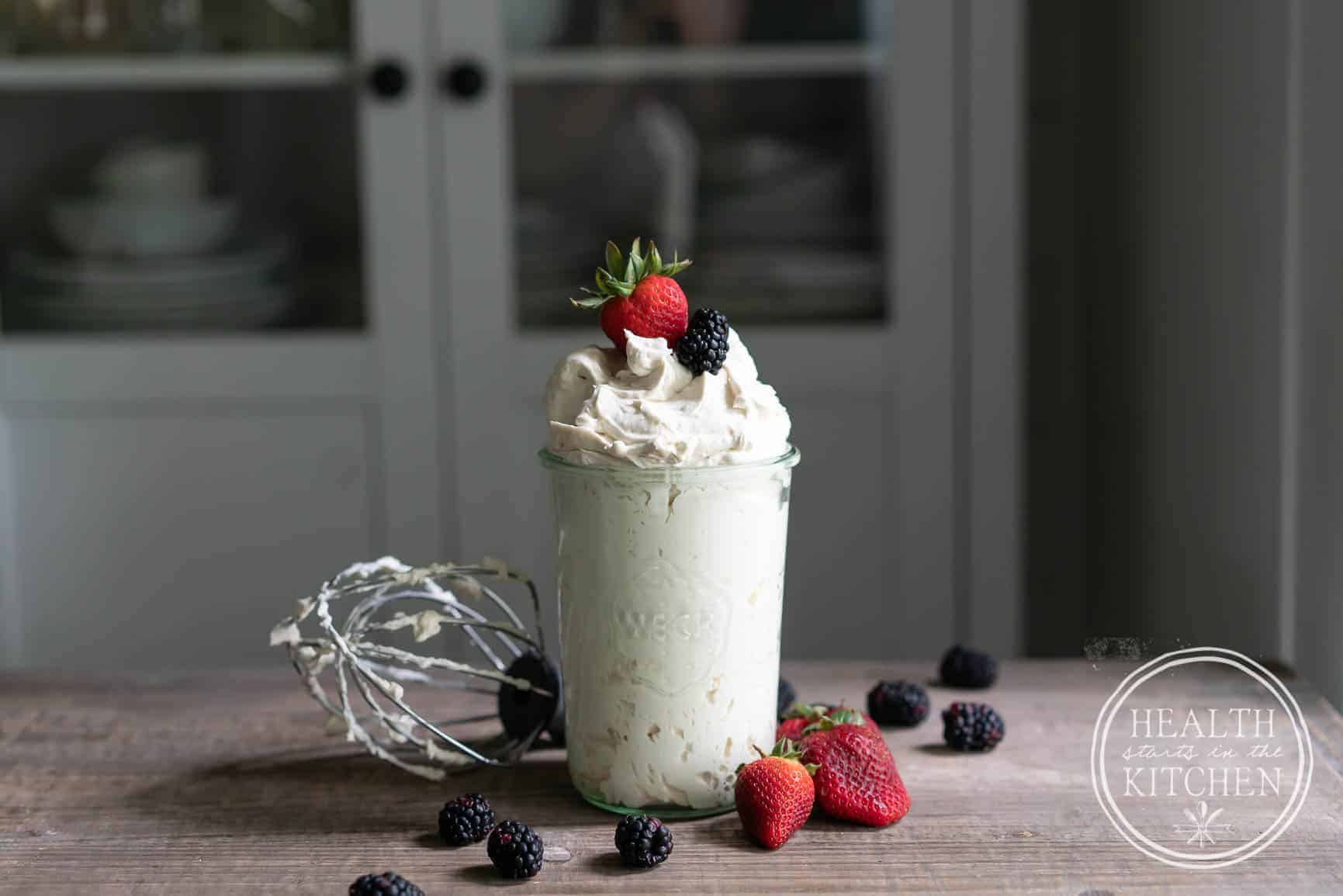 No really. Have you ever really looked at the ingredients in Cool Whip? ACK!

What ingredients are in Cool Whip?

As if that list of ingredients isn’t troubling enough, I’m sincerely sitting here scratching my head over the last ingredient; beta carotene (as coloring) – doesn’t it strike you odd that they needed to add a color to make cool whip white? ‘Cause it shouldn’t!

I don’t think I need to really get into the disgusting details why 90% of the ingredients in Cool Whip are completely toxic to the human body… it’s pretty obvious, right?

But here’s the thing, so many family-favorite dessert recipes from the 70’s & 80’s were based on using cool whip… because you’ve made the awesome choice to avoid processed foods, like cool whip, you don’t have to ditch those recipes anymore with my Easy Homemade Cool Whip Recipe!

My Homemade Healthy Cool Whip is made with just a few simple ingredients and can easily be made Low-Carb & Keto friendly by swapping your favorite zero carb sweetener (I do not recommend stevia, THIS is my favorite Low-Carb sweetener)

Not only is this the perfect replacement for store bought Cool Whip, but it’s also a delicious fruit dip AND it’s amazing as a whipped cream style cake frosting!

This recipe yields roughly 5 cups of Homemade Healthy Cool Whip, this (below) shows one batch in a 5.2c plastic container. 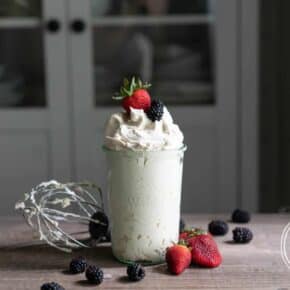 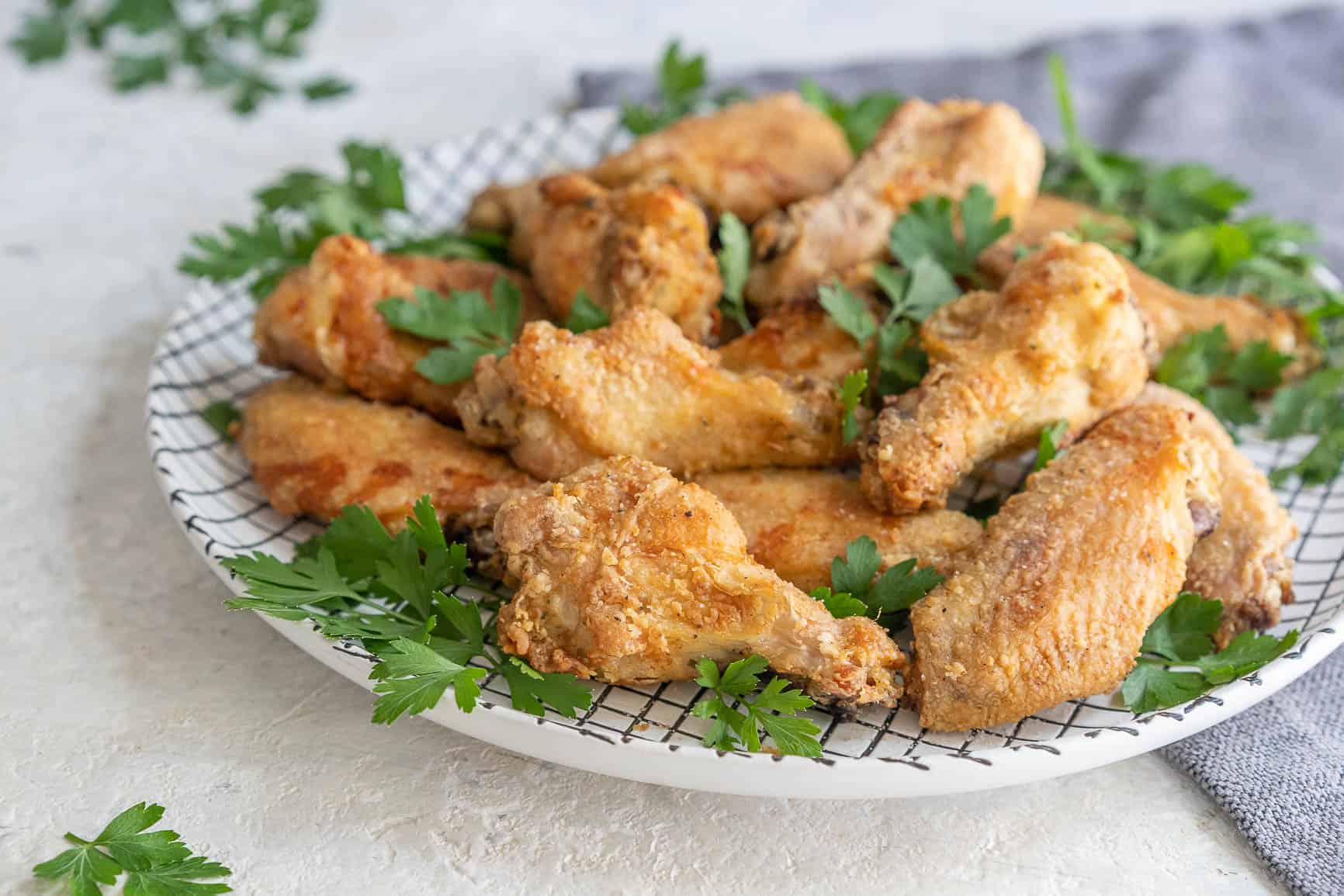 Juicy chicken wings in a crispy breading without any of the guilt! With my Crispiest Air Fryer Chicken Wings recipe, you can get all that deliciousness you crave made healthier! 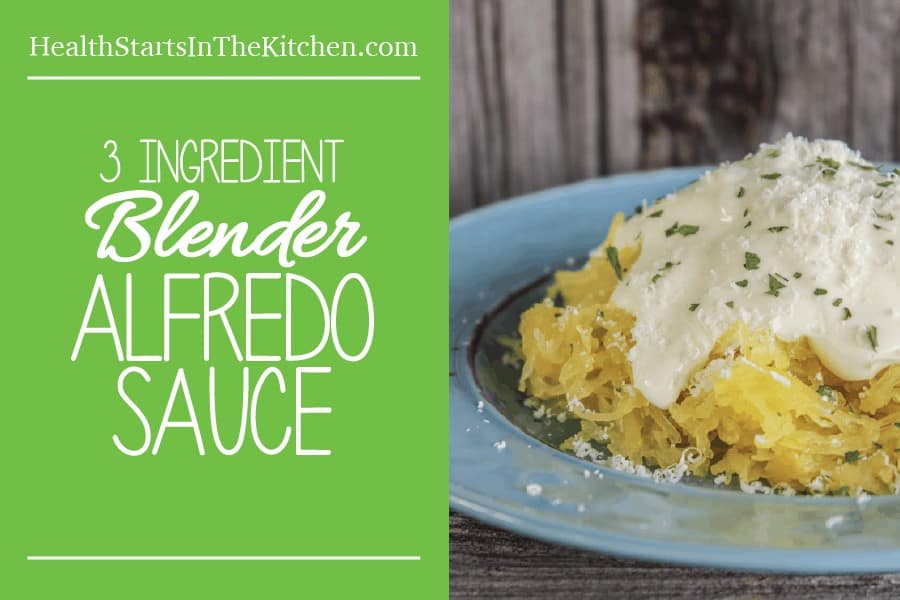 I’ve been making my 3 ingredient, Blender Alfredo Sauce since I was in college and first started cooking. Initially I tried to make a classic alfredo sauce on the stove top which required constant supervision and lots of [expensive] ingredients. None of those aspects of alfredo sauce were appealing, even though it tasted great. Around that…

My spring wild ramp spread recipe is easy and delicious. Perfect spread on fresh baked bread or on crackers! 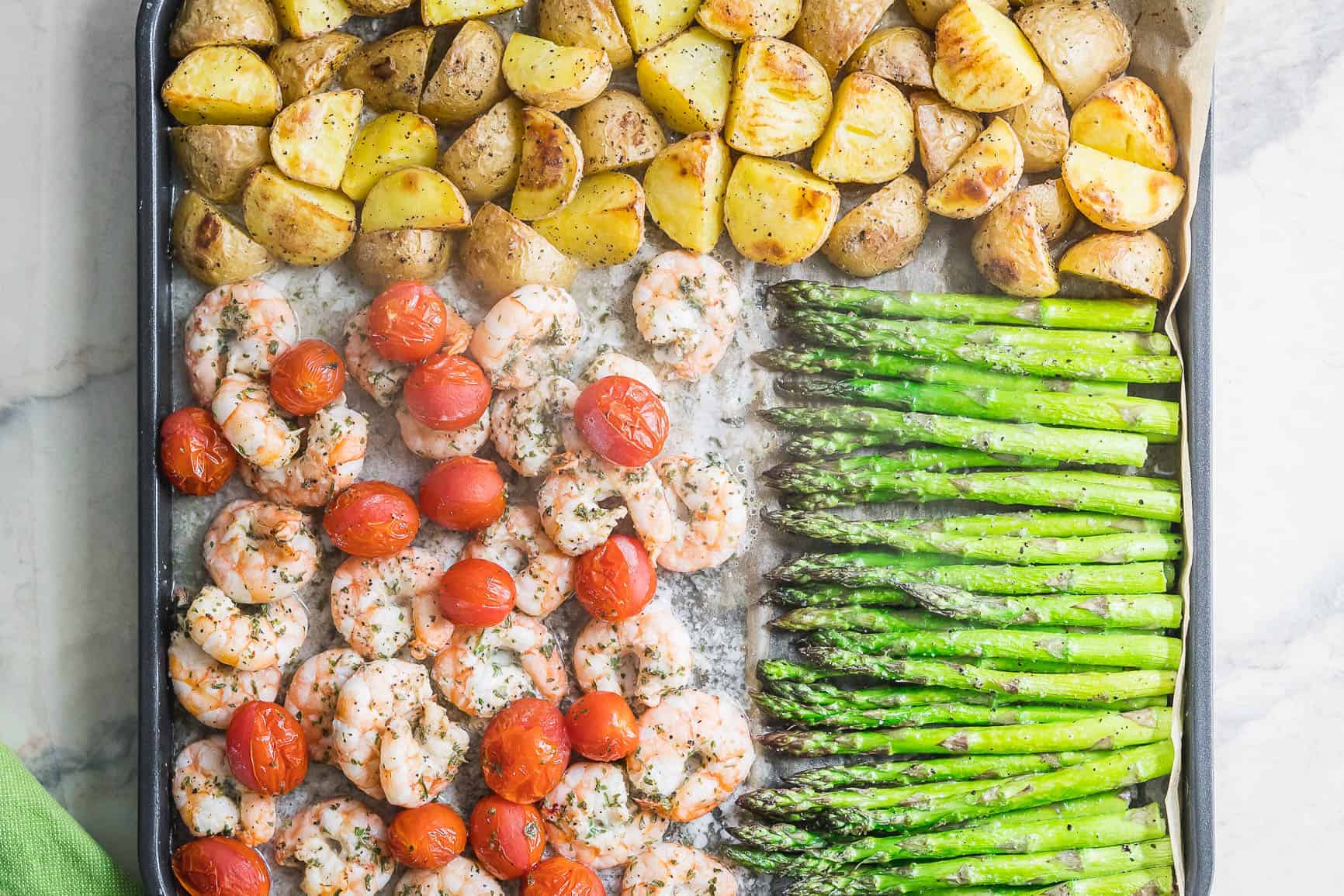 Perfect for a busy weeknight, my Healthy Sheet Pan Shrimp Dinner Recipe in on the table in less than 30 minutes but full of delicious flavor!

These Keto Salmon Meatballs with Caper Dill Tarter Sauce are a fun (and delicious) way to get more healthy salmon into your family’s meals!  Loaded with healthy fats, keto/low carb friendly and made without any gluten or grains! 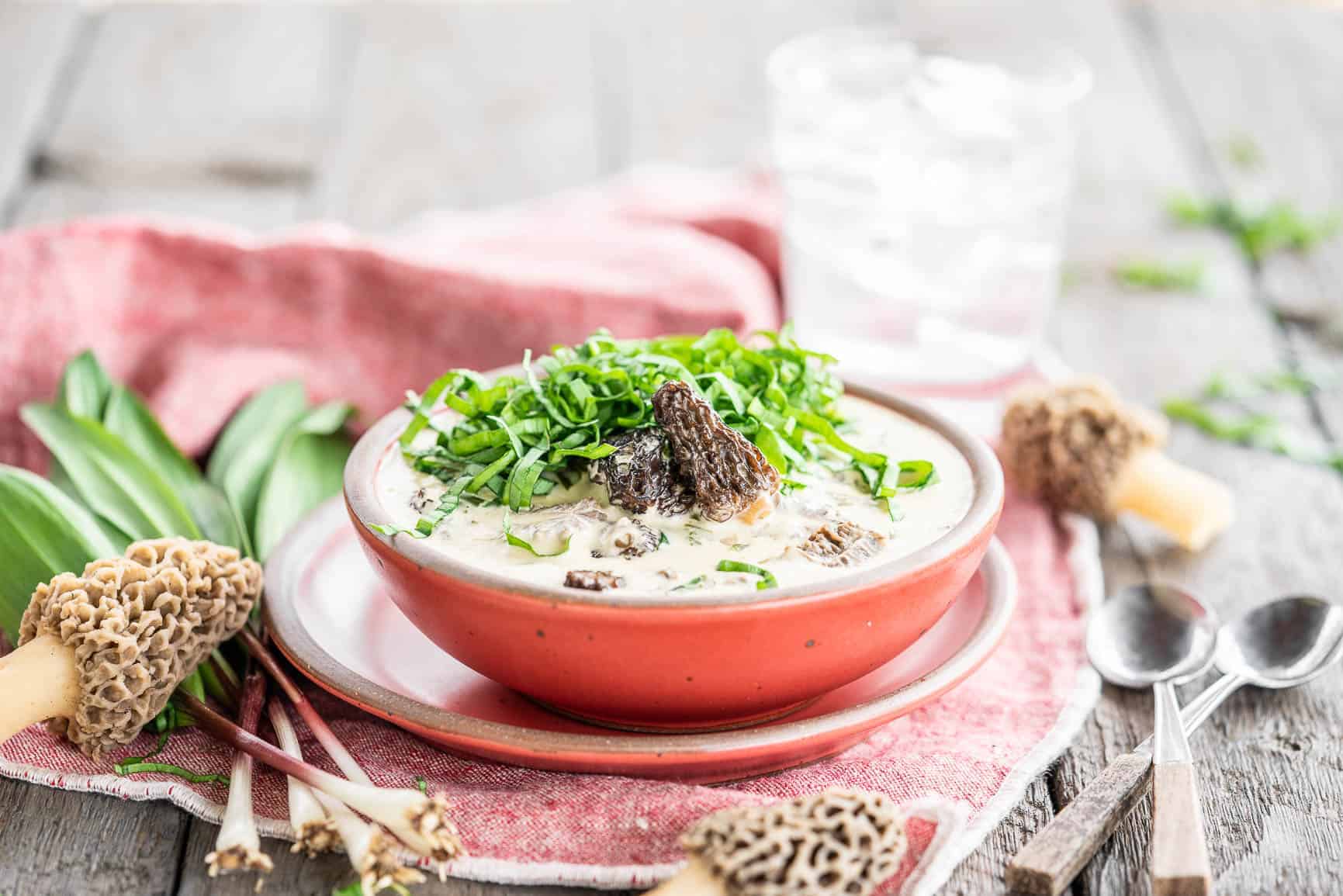 The Best Soup of Spring; Easy Morel Mushroom and Ramp Chowder only takes minutes to make but tastes like a gourmet treat with sautéed morel mushrooms and ramps swimming in a creamy parmesan cheese spiked broth. And it’s Keto, Low-Carb and Gluten-Free, too!