Learning How to Clean with Hydrogen Peroxide offers a safe, natural and budget friendly way to disinfect and sanitize your home without using dangerous, toxic chemicals!

I spent years trying to keep track of specialized cleaning products, one for each and every type of surface in our home. I was so happy to learn that many cleaning jobs can be taken care of quickly and efficiently with hydrogen peroxide. It’s an inexpensive way to clean and sanitize your home while being gentle on the environment and it’s budget friendly.

Keep reading to understand why Hydrogen peroxide disinfectant will be a favorite of yours too!

What Is Hydrogen Peroxide?

Hydrogen peroxide is basically the same chemical make up as water but with an extra oxygen atom (Hydrogen peroxide h2o2). Because of this it breaks down quickly and harmlessly into water and oxygen. Hydrogen peroxide has antibacterial and antiviral qualities, it’s also a strong bleach. It works better than white vinegar rubbing alcohol, acetic acid and is less toxic than Clorox healthcare industry uses!

Why should you clean with Peroxide?

Besides saving money, there are several advantages when you use hydrogen peroxide to clean your home. One of the most important advantages is the fact that it is nontoxic. it’s a very strong disinfectant, that even when used long term it won’t hurt the environment, pollute the air or cause cancer like other household disinfecting cleansers.

Ways to use a hydrogen peroxide cleaner:

Because it disinfects, your cleaning tools are also disinfected every time you use them. Another benefit is the versatility of using a hydrogen peroxide cleaner. A number of surfaces can be cleaned with it, meaning that you don’t have to worry about five different cleaning products! It can even be used as a fruit and vegetable soak. I keep a bottle of peroxide under the kitchen sink. Conveniently sprayer tops fit the peroxide bottle, a great way to recycle!

Does Hydrogen Peroxide Sterilize things as a cleaner? The short answer is yes, but it is important to remember that it takes a little time for a hydrogen peroxide sanitizer to kill germs. You can’t just spray it on and wipe it off , hydrogen peroxide cleaner disinfectant must be allowed it air dry for a few moments then wiping with a soft cloth, for best results.

Hydrogen peroxide is also good for cleaning walls, glass, doorknobs, countertops, toilets, and other hard surfaces. Use the three percent solution undiluted in a spray bottle and spray it on the surface to be cleaned. Allow it to stand for several minutes and then wipe it off. Some of the surfaces that I frequently clean with hydrogen peroxide are:

Using hydrogen peroxide to clean in the bathroom, kitchen and all over the house is not only a great way to eliminate fungi, viruses, spores, yeasts & other harmful bacteria for disease control but it’s also extremely affordable and already a part of your first aid kit!

How to use Hydrogen Peroxide As a Disinfectant

Some other items that can be disinfected with hydrogen peroxide are:

How to use Hydrogen Peroxide for Laundry

Just remember that hydrogen peroxide is a bleach. It will leave bleached spots on darker colors as well as causing fading. If you have any doubt test a swatch of the fabric with hydrogen peroxide before using.

Put Hydrogen Peroxide to Work in Your Home

Using hydrogen peroxide for cleaning the various surfaces, materials, and rooms in your home can save you money as well as keep you healthier. By replacing your conventional cleaners with natural ones like hydrogen peroxide you will be helping to keep the environment healthier as well.

How to use Hydrogen Peroxide for Cleaning

Now that you understand that peroxide is an effective and safe cleaner, it’s time to start using it! I suggest keeping a convenient spray bottle of peroxide in every room of your house. Purchasing pre-made spray bottles of peroxide is my favorite way to clean with Peroxide.

However simply attaching a clean-recycled spray bottle top to a bottle of peroxide or transferring it to a dedicated spray bottle works equally as well.

There is no reason to cut it with part water, add soap, baking soda or any other mixture, just apply it and wipe it off with a paper towel or rinse with water. For safety sake, you should be sure to wear gloves if you are going to be in skin contact with peroxide.

Is it Ok to mix vinegar and hydrogen peroxide?

Can you mix white vinegar and hydrogen peroxide? The short answer is NO. According to GoodHouseKeeping.com: “…don’t mix the two products in the same container. Combining them creates peracetic acid, which is potentially toxic and can irritate the skin, eyes, and respiratory system.”

But you can use peroxide and vinegar separately on the same surface, if you are looking for the benefits of each individually.

How do you clean with peroxide and vinegar? Start with either the vinegar or the hydrogen peroxide; the order doesn’t matter. After cleaning the surface, mist the surface with the contents of one bottle, let it sit for at least 5 minutes, wipe with a clean cloth, then repeat with the second bottle.

Other natural ways that I eliminated toxic chemicals in our home is with my Homemade Non-Toxic Weed Spray, Scent Away Hunting Spray, Essential Oil Mattress Spray and DIY WallPaper Removal Spray. 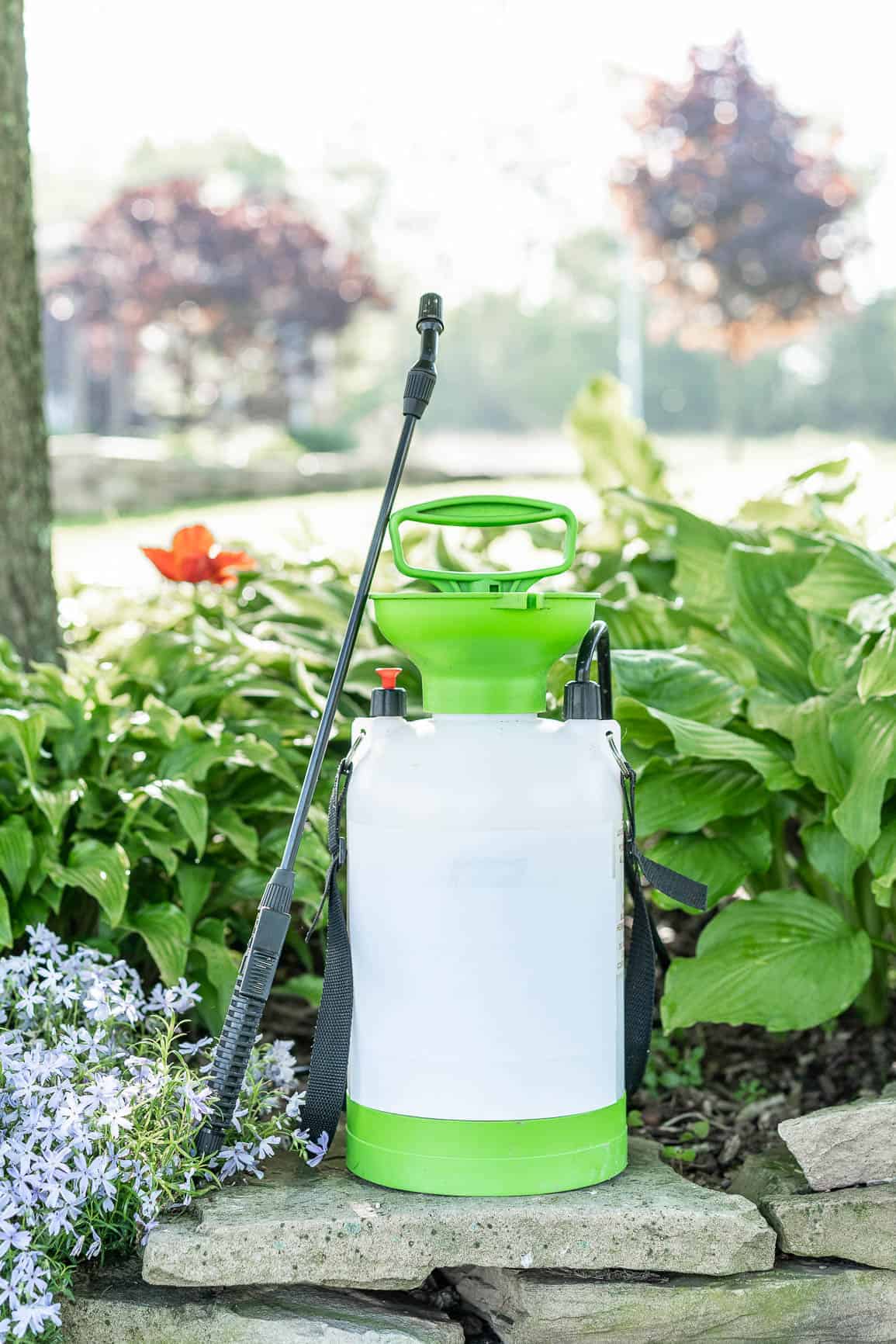 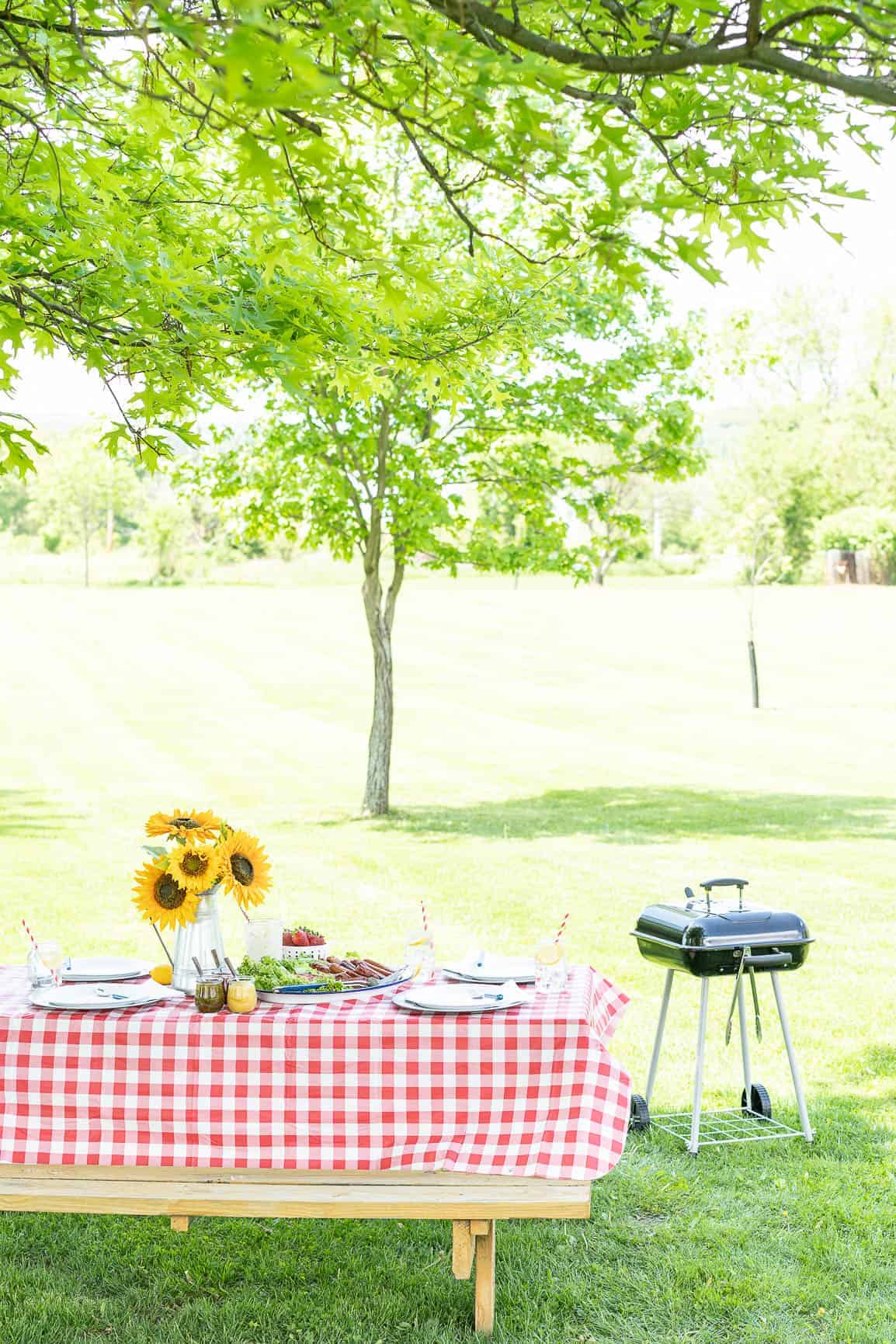 How do you make summer happen?? My favorite way is having friends and family over for a Cookout!  Whether you’ve gone Keto (or your friends/family have) having a summer cookout and keeping it low-carb doesn’t need to be confusing. With my 5 Tips for a Keto Low-Carb Friendly Summer Cookout you can celebrate without stress and all the food will still be delicious! 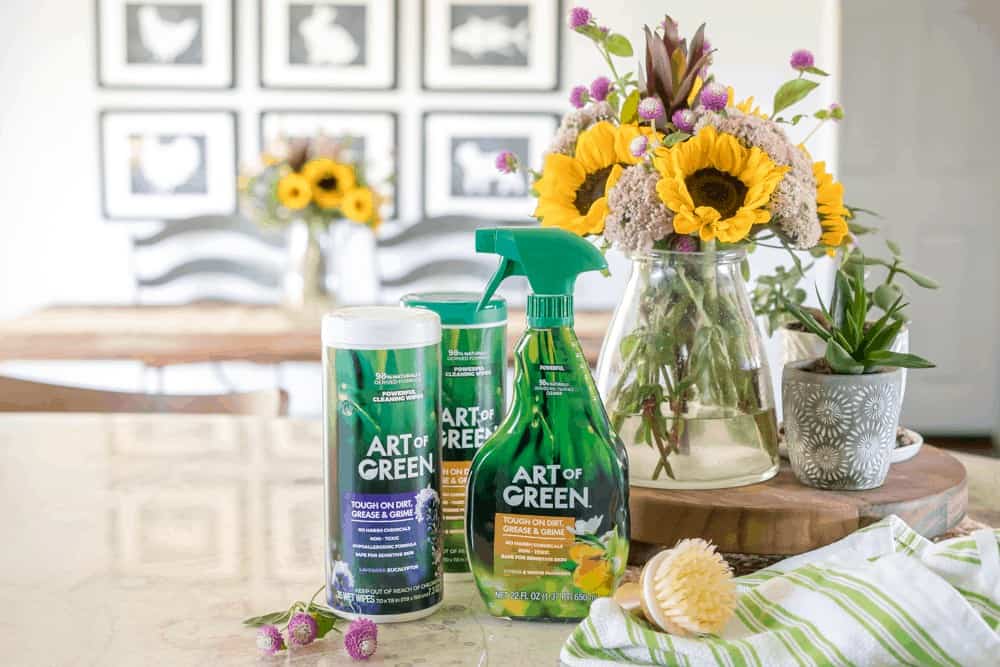 No more sourcing special products or complicated DIY recipes. No more wondering if your cleaning methods are safe enough. Keeping your home clean and green just got easier! With Art of Clean you can rest assured you’re keeping your cleaning routine environmentally friendly without busting your budget! 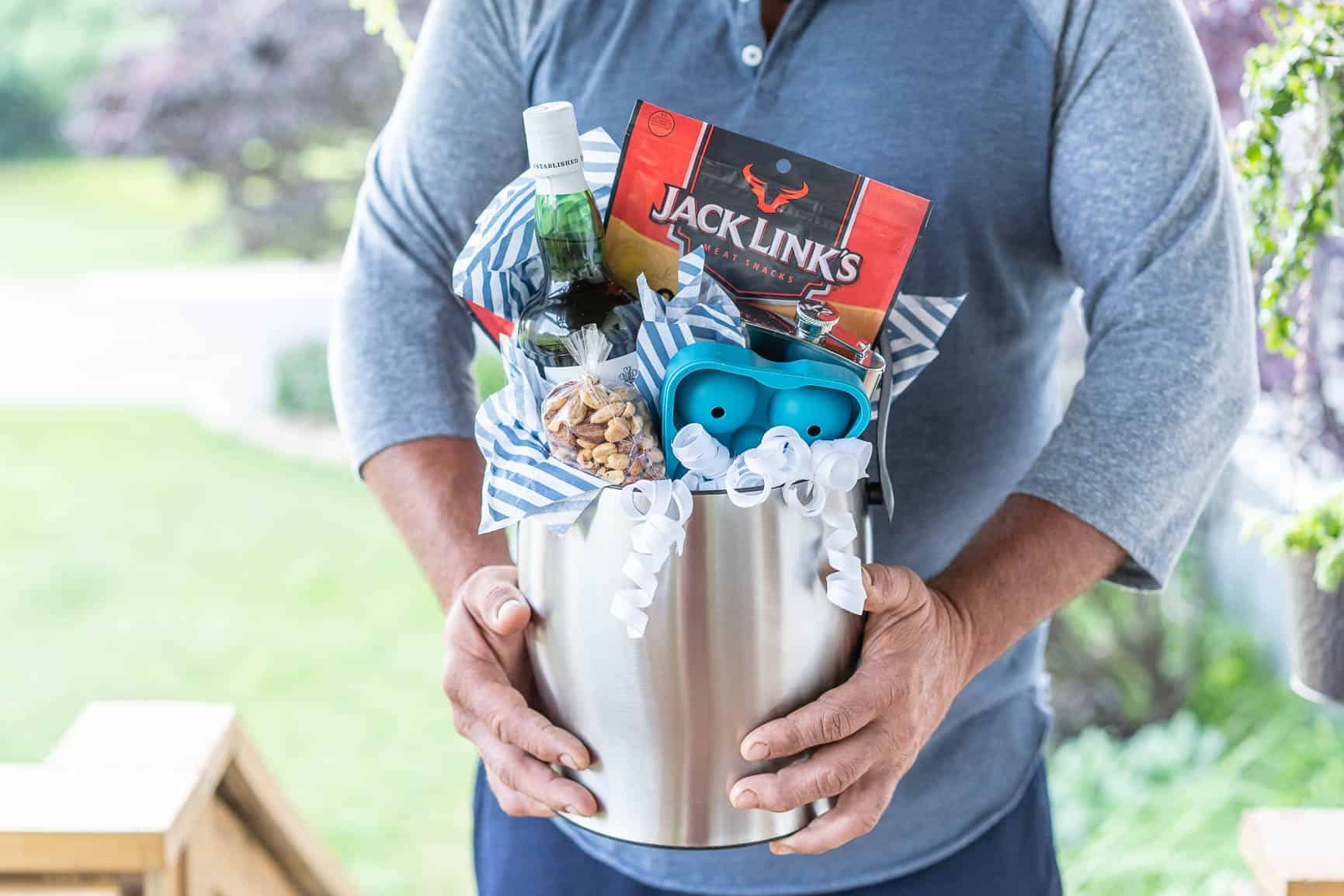 {Msg 21+} This Father’s Day Scotch Whiskey Gift Basket DIY is perfect for any dad or man in your life, who loves to kick back and relax with a cocktail at the end of a long day! #ad #JackLinksDad #CollectiveBias 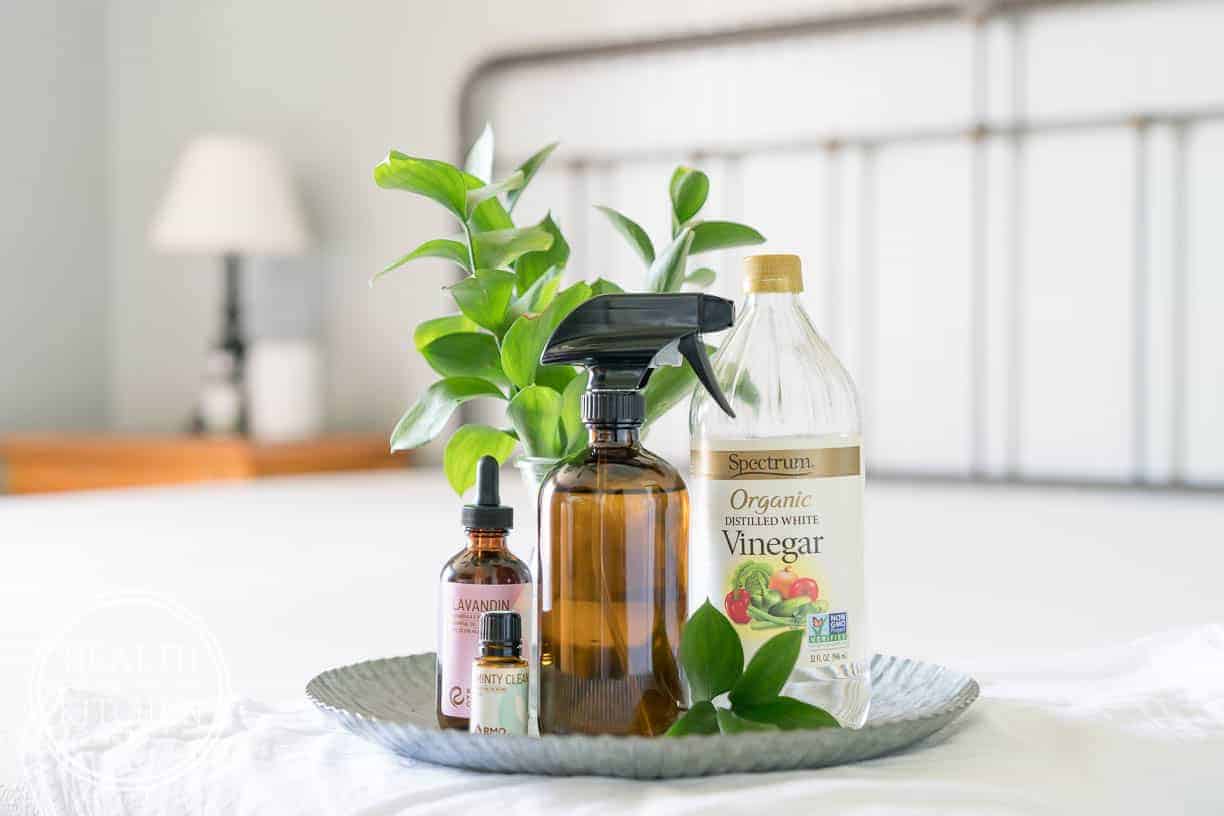 With my aromatherapy DIY Non-Toxic Essential Oil Mattress Spray you get all the comforting smells of freshly washed bedding without the use of toxic chemical fabric softener or sprays! 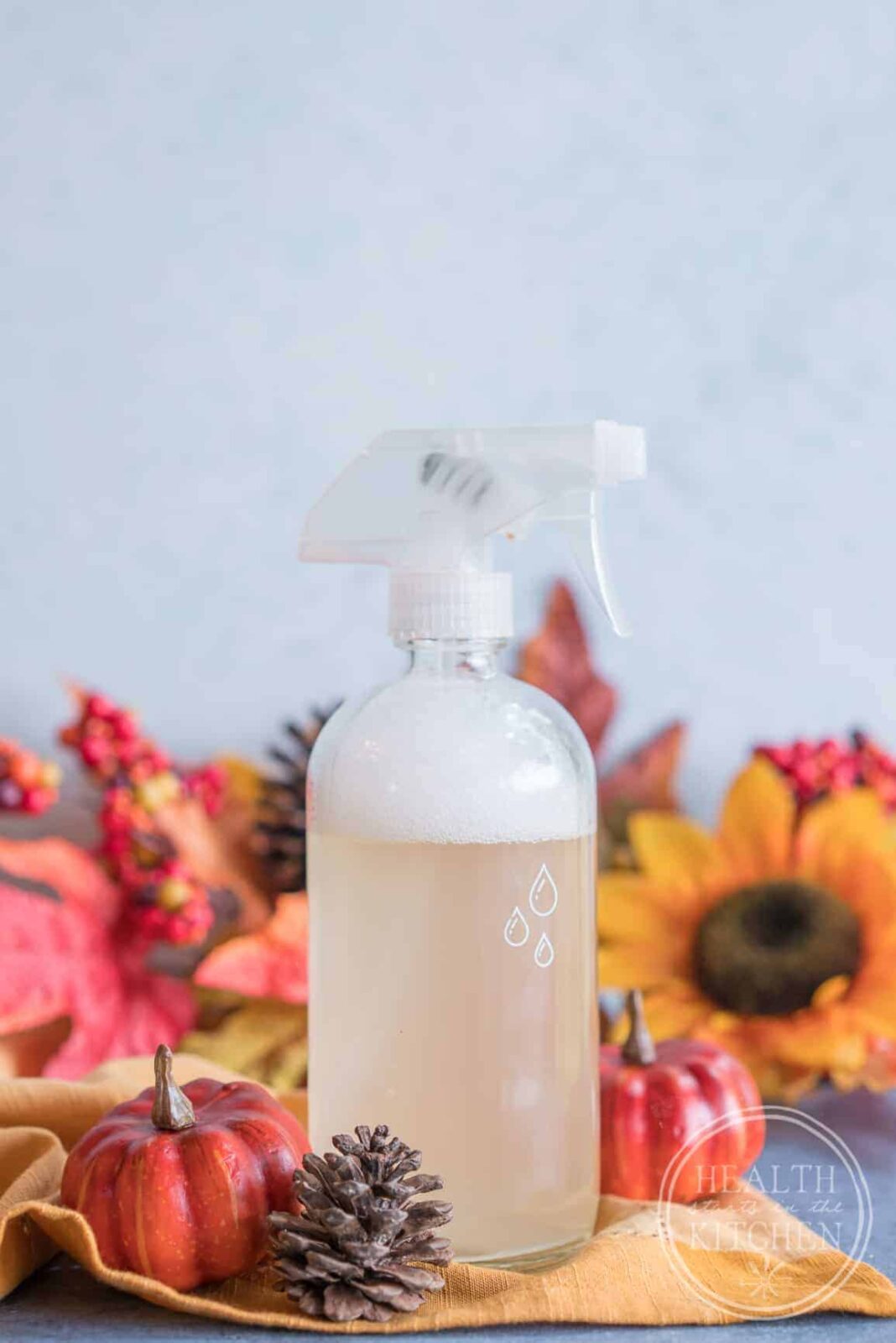 I just took PSL to a whole new level. Not only do I enjoy drinking a Pumpkin Spice Latte during the cool fall months, I also love having a house that’s PSL scented – without any toxic chemicals or burning carcinogenic scented candles! My Pumpkin Spice Latte Non-Toxic Cleaning Spray wouldn’t be possible without my…