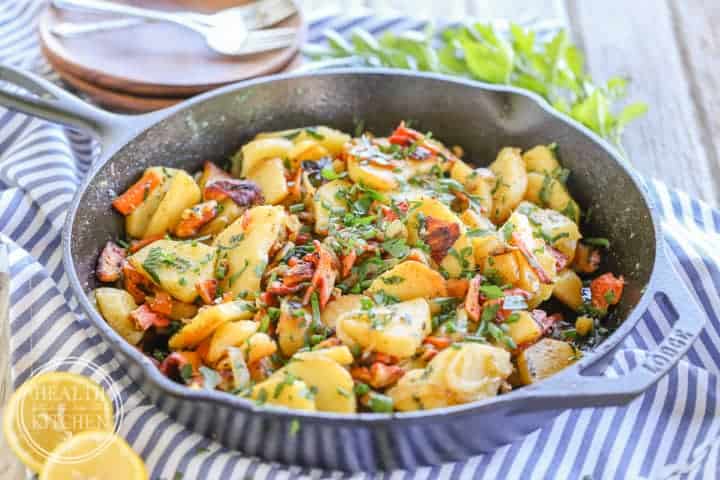 Don’t be confused! I’m not calling ‘chicken’ vegetarian or vegan – There’s no Chicken in this dish, instead this delicious Chicken of the Woods Mushroom Hashbrowns gets it’s meaty chicken flavor and texture from one of my favorite wild edible mushrooms!

Individual “shelves” range from 5–25 cm (2″-10″ inches) across. These shelves are made up of many tiny tubular filaments (hyphae). The mushroom grows in large brackets – some have been found that weigh over 45 kg (100 pounds). It is most commonly found on wounds of trees, mostly oak, though it is also frequently found on eucalyptus, yew, sweet chestnut, and willow, as well as conifers in some species. Laetiporus species produce brown rot in the host on which they grow.

Young fruiting bodies are characterized by a moist, rubbery, sulphur-yellow to orange body sometimes with bright orange tips. Older brackets become pale and brittle almost chalk like, mildly pungent, and are often dotted with beetle or slug/woodlouse holes. Similar species include Laetiporus gilbertsonii (fluorescent pink, more amorphous) and L. coniferica (common in the western United States, especially on red fir trees).[2] Edibility traits for the different species have not been well documented, although all are generally considered edible with caution.[citation needed]

The sulphur shelf mushroom sometimes comes back year after year when the weather suits its sporulation preferences. From late spring to early autumn, the sulphur shelf thrives.

Not long after the early spring Morel Mushroom and Ramps, with sufficient rain, the next mushrooms we forage for are Chicken Mushroom. I become positively giddy with excitement when we find a beautiful Chicken Mushroom simply because I love this Chicken Mushroom Hash Brown recipe so very much, infact everyone who’s tried it over the years agrees that it’s delicious! With all this recent spring rain, I anticipate finding some beauties soon!

Chicken Mushrooms are one of the best beginner mushrooms, because they are very easy to find and identify, plus there aren’t any look-a-likes that will make you sick.  Oh and they taste like tender, juicy chicken breast! You only want to eat the tender parts of the mushroom, when young it will be most of the ‘leaf’ as they get older it’s just the outer edge.

Here’s some photos of the Chicken of the Woods Mushrooms (aka Chicken Mushrooms) that we’ve harvested over the years:

Many times, during ideal growing conditions, you can find more chicken mushrooms than you can eat. Whole dead trees will be covered with them. 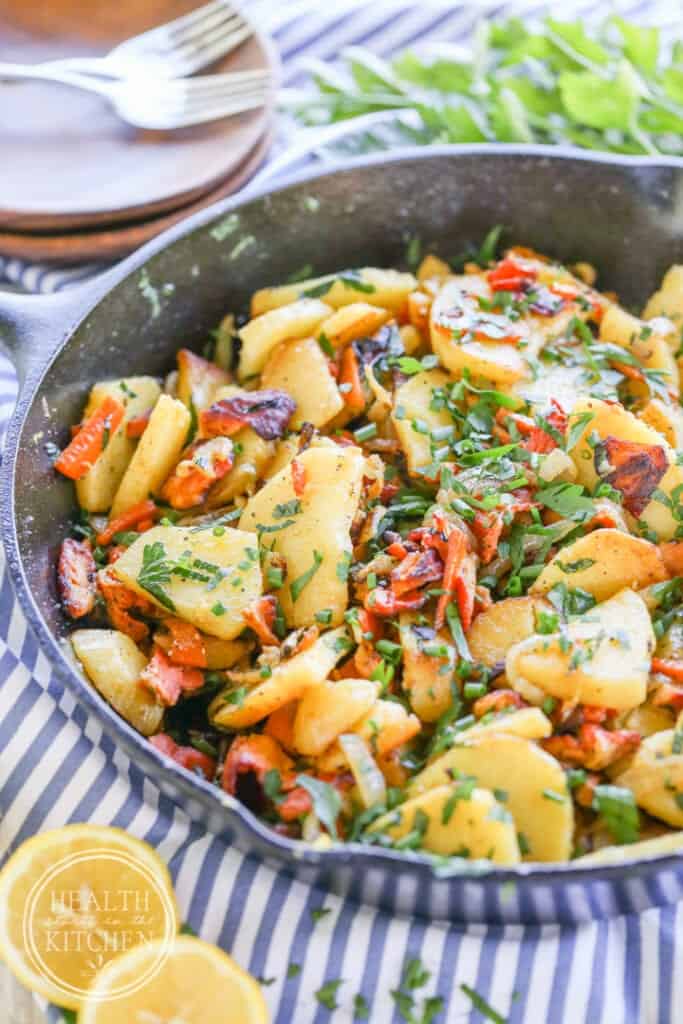 In addition to this Chicken Mushroom Hashbrowns, we also enjoy them simply sauteed in butter or cut into chunks/strips and breaded & fried for “Chicken Mushroom Nuggets” 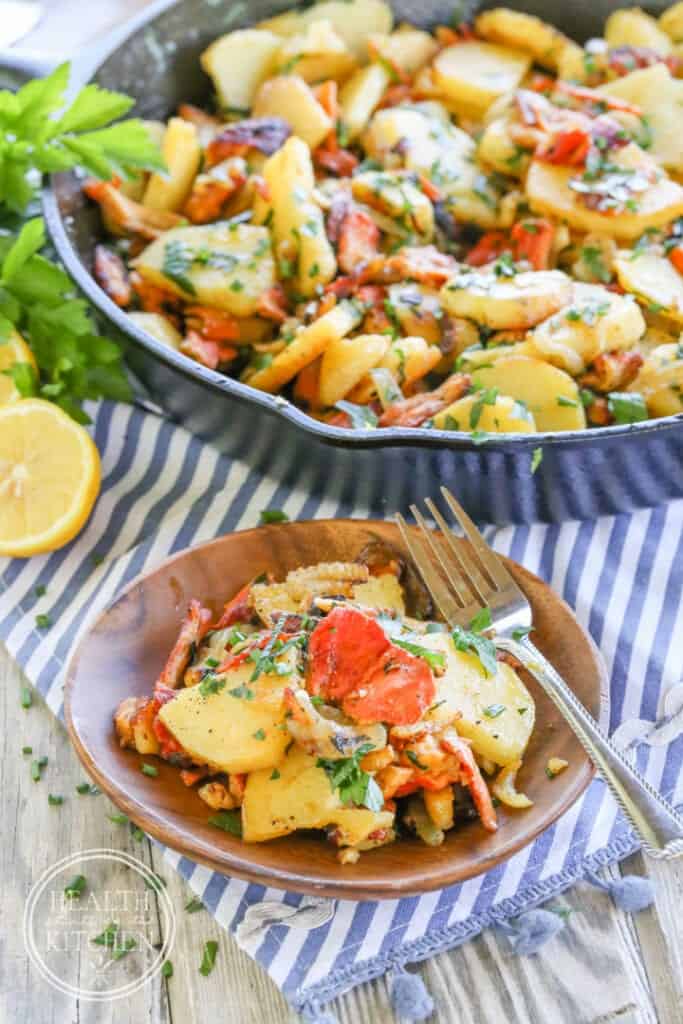 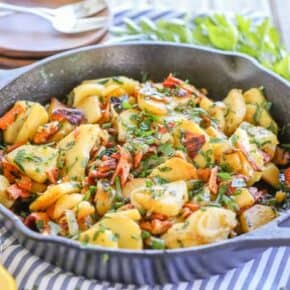 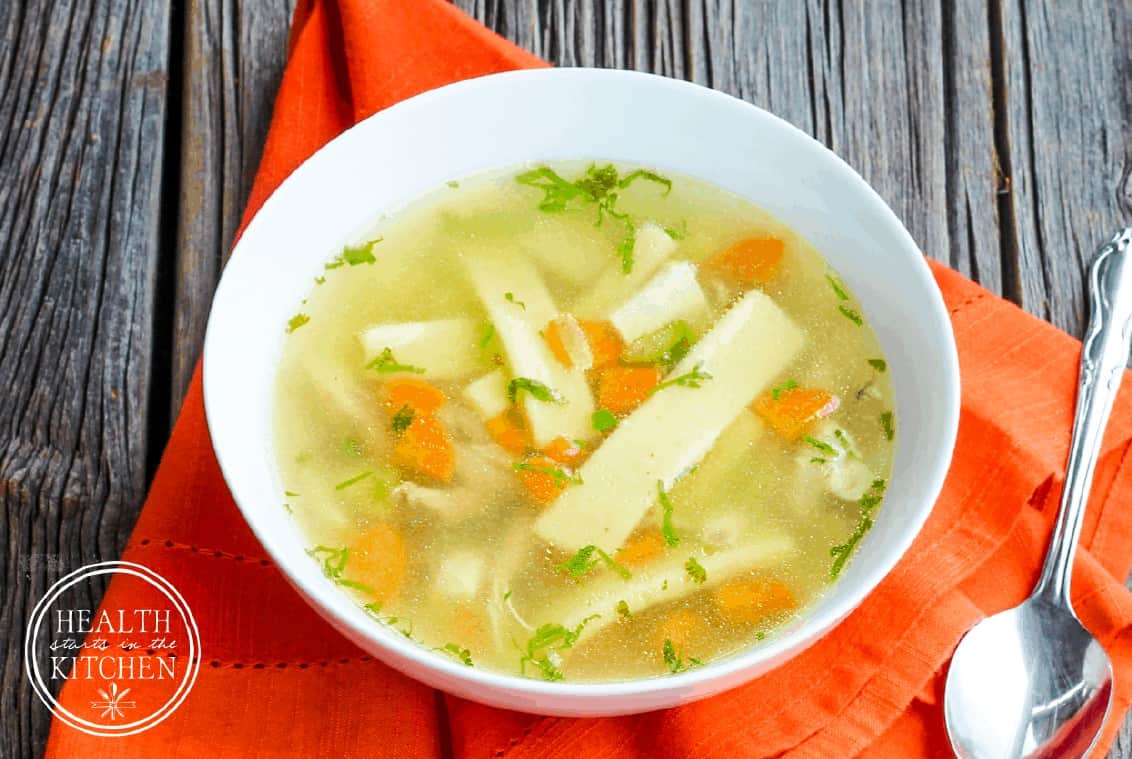 There isn’t a meal that’s comforting on a cold day quite like a bowl of Chicken Noodle Soup. However if you’re eating paleo, grain/gluten-free, noodles are a big no-no since they are packed full of wheat and you can’t just pick them out, since those pesky noodles contaminate the whole pot! My Paleo Homestyle Chicken Noodle Soup is… 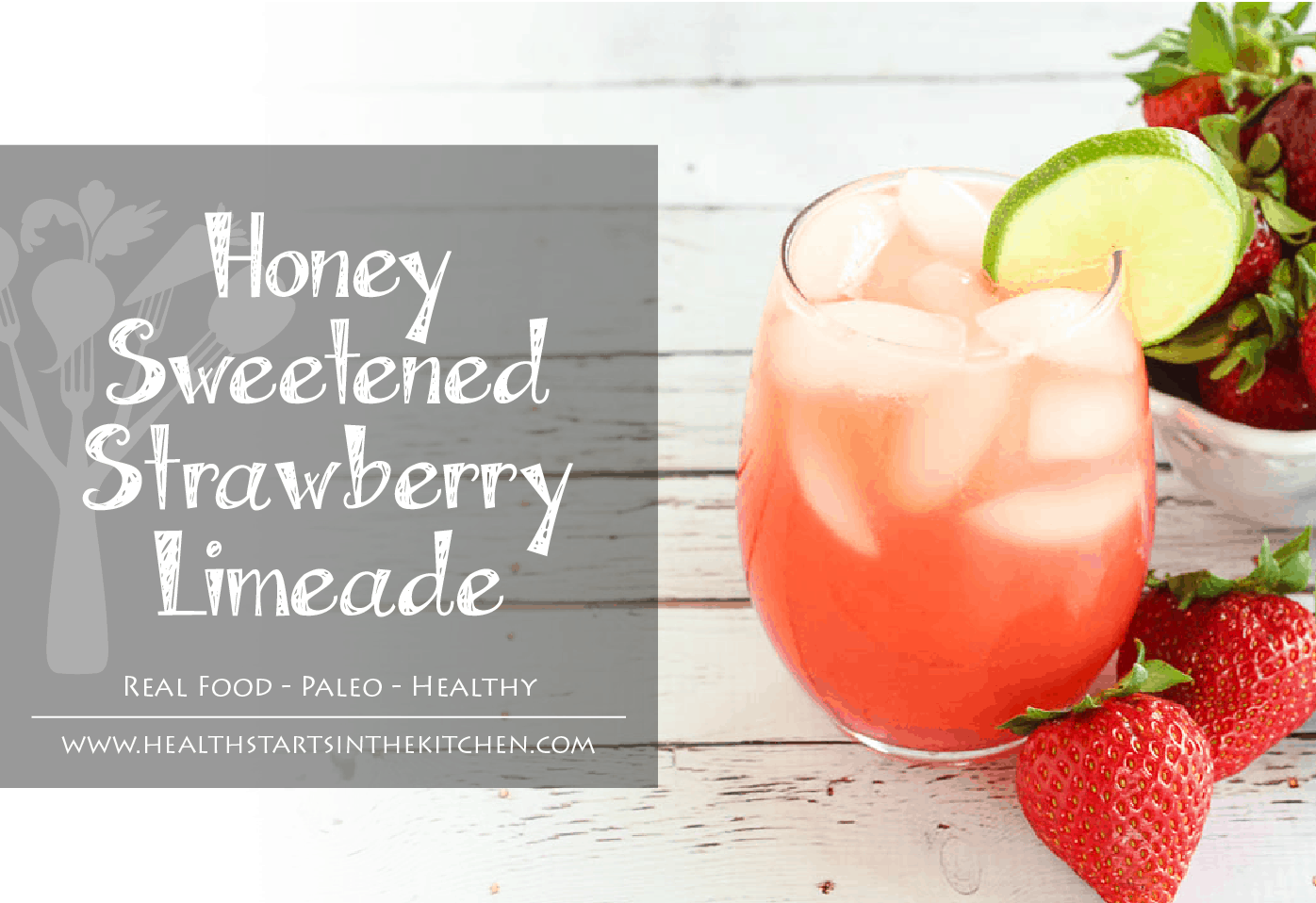 Crisp, Cool and Refreshing, My Honey Sweetened Strawberry Limeade only takes minutes to make but will surly please the whole family. No more junky powdered drink mixes when you can whip up a pitcher of this instead! Easy enough for everyday, yet fancy enough to serve for guests. This recipe idea came to me the… 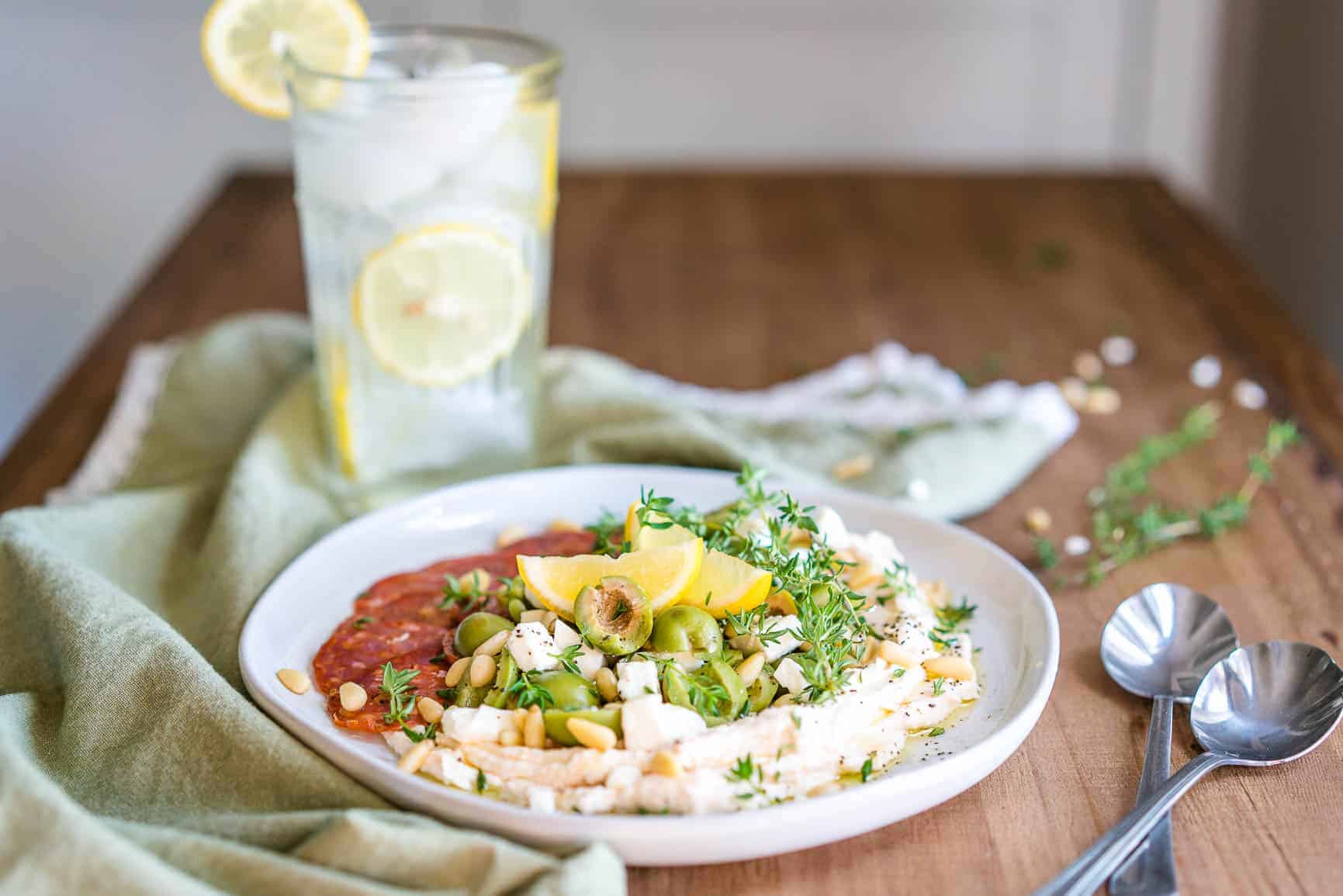 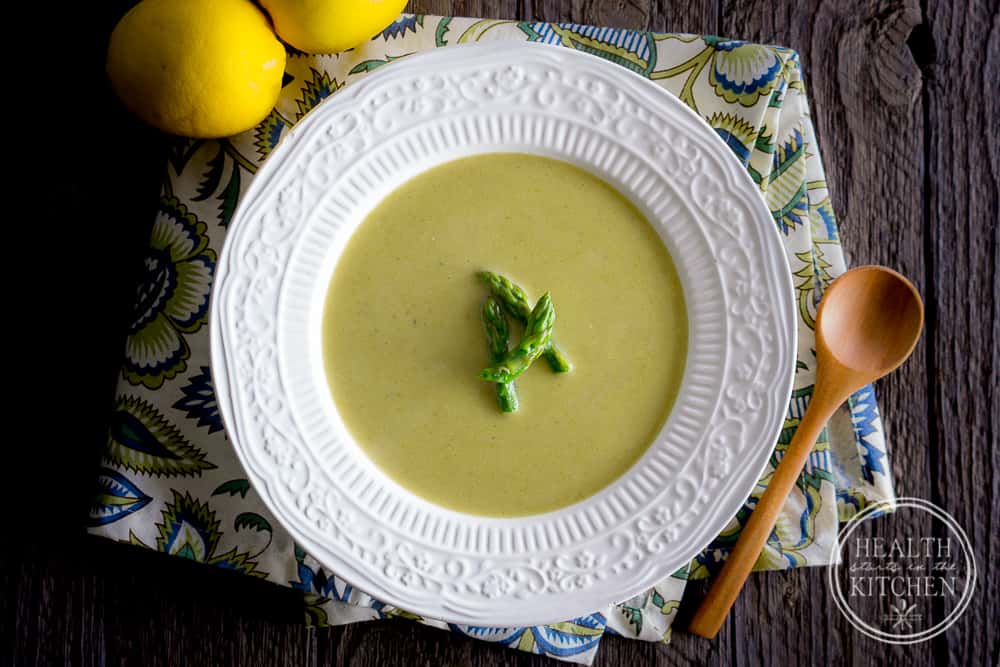 My Keto Cream of Asparagus Soup is like spring in a bowl! Made with just a few simple ingredients, including fresh or frozen asparagus and blended into a quick, healthy keto soup in less than 15 minutes. 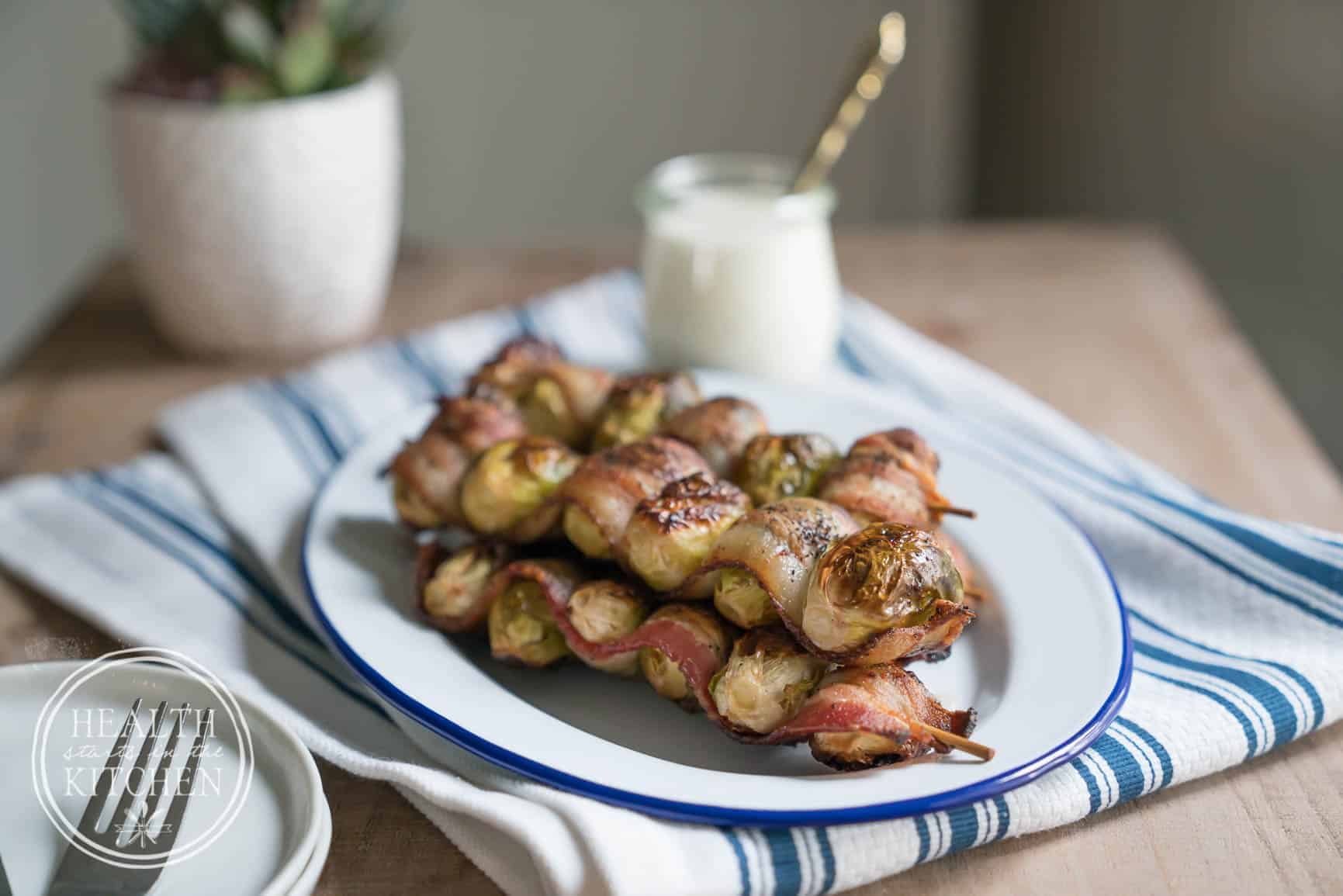 I can’t think of a better way to celebrate my dad on Father’s Day, than with these Bacon Brussels Sprout Kebobs! Not only are they delicious they are low in carbs and keto friendly, too! 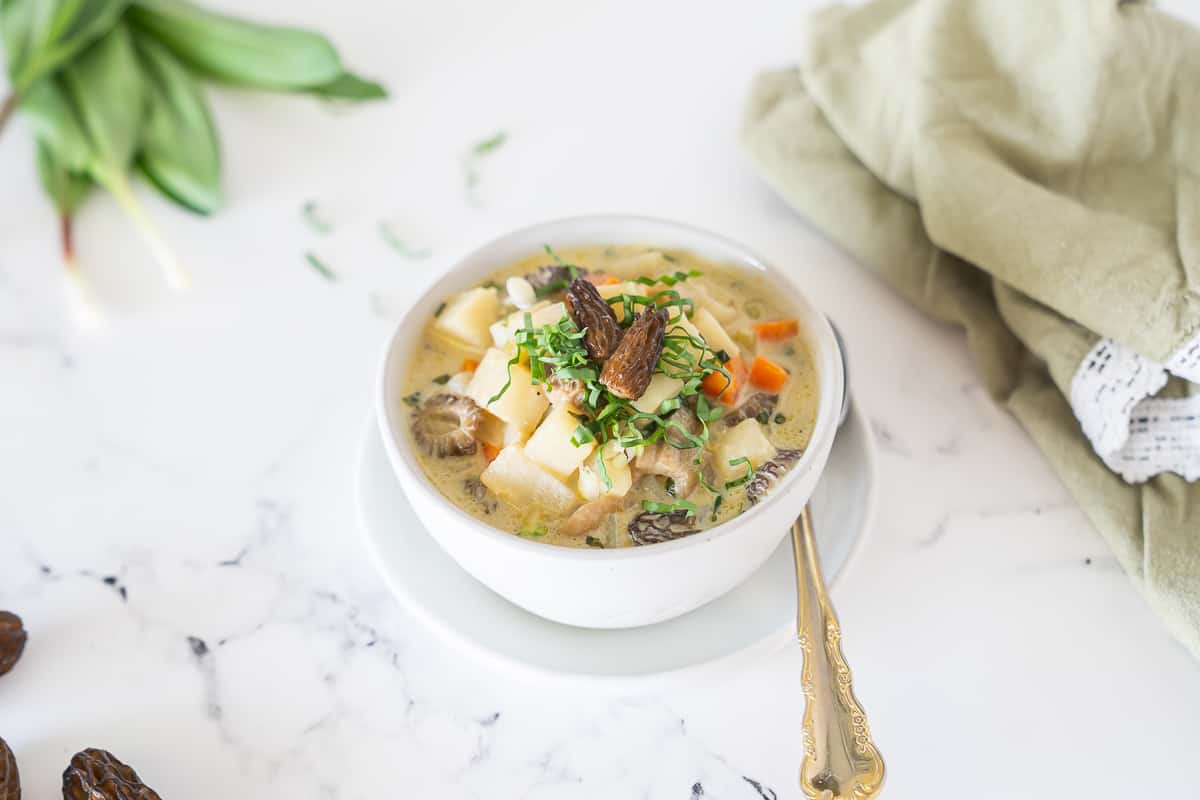