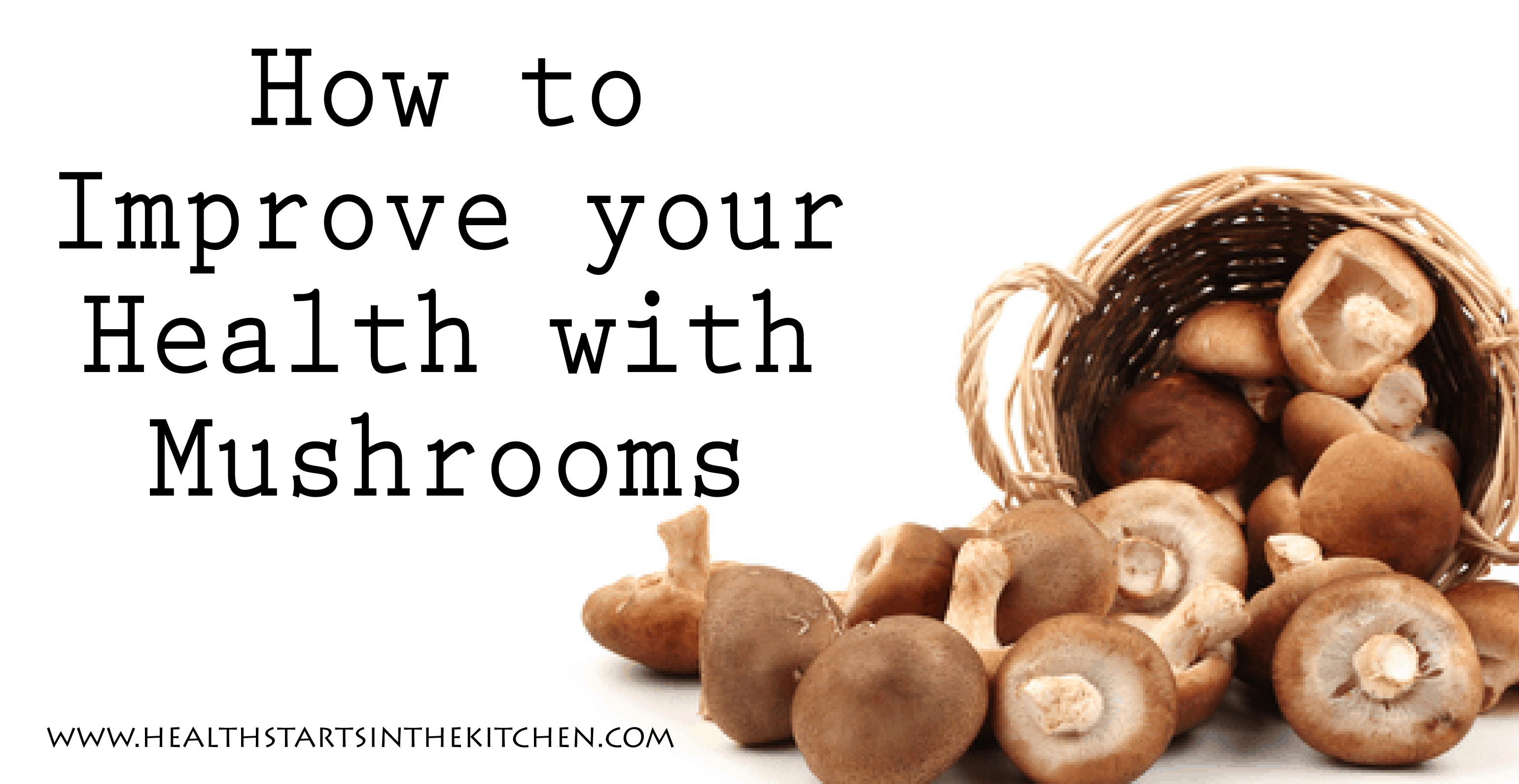 Mushrooms contain some of the most potent natural medicines on the planet. Of the 140,000 species of mushroom-forming fungi, science is familiar with only 10 percent, according to world-renown mycologist Paul Stamets, who has written six books on the topic.

About 100 species of mushrooms are being studied for their health-promoting benefits. Of those hundred, about a half dozen really stand out for their ability to deliver a tremendous boost to your immune system.

It’s important to eat only organically grown mushrooms because they absorb and concentrate whatever they grow in — good OR bad. This is what gives mushrooms their potency. Mushrooms are known to concentrate heavy metals, as well as air and water pollutants, so healthy growing conditions is a critical factor.

While it may sound strange, we’re actually more closely related to fungi than we are to any other kingdom, as we share the same pathogens, meaning bacteria and viruses.

As a defense against bacterial invasion, fungi have developed strong antibiotics, which also happen to be effective for us humans. Penicillin, streptomycin, and tetracycline all come from fungal extracts.

The Many Health Benefits of Mushrooms

The FASEB Journal recently published nine studies on mushrooms that were also presented at Experimental Biology 2013, which detailed a wide variety of health benefits,1 including:

At the end of the 12-month trial, the intervention group had lost an average of 3.6 percent of their starting weight, or about seven pounds. They also showed improvements in body composition, such as reduced waist circumference, and ability to maintain their weight loss, compared to the control group.

Cordyceps, also called caterpillar fungus or Tochukasu, is a favorite of athletes because it increases ATP production, strength and endurance, and has anti-aging effects.8

This parasitic mushroom is unique because, in the wild, it grows out of an insect host instead of a plant host. It has long been used within both traditional Chinese and Tibetan medicine.

It has hypoglycemic and possible antidepressant effects, protects your liver and kidneys, increases blood flow, helps normalize your cholesterol levels, and has been used to treat Hepatitis B.

Cordyceps has antitumor properties as well. Scientists at The University of Nottingham have been studying cordycepin, one of the active medicinal compounds found in these fungi,9 and the one identified as a potential cancer drug. More recent studies suggest it also has potent anti-inflammatory characteristics that may be helpful for those suffering from:

A question that was begging for an answer was how cordycepin could produce so many different beneficial effects at the cellular level. Researcher Dr. Cornelia de Moor told Medical News Today:10

“We have shown that cordycepin reduces the expression of inflammatory genes in airway smooth muscle cells by acting on the final step in the synthesis of their messenger RNAs (mRNAs) which carry the chemical blueprint for the synthesis of proteins.

This process is called polyadenylation. Commonly used anti-inflammatory drugs either work much earlier in the activation of inflammatory genes, such as prednisone, or work on one of the final products of the inflammatory reaction (e.g. ibuprofen).

These findings indicate that cordycepin acts by a completely different mechanism than currently used anti-inflammatory drugs, making it a potential drug for patients in which these drugs don’t work well.

However, it is a surprise that cordycepin does not affect the synthesis of mRNAs from other genes, because nearly all mRNAs require polyadenylation.”

According to Dr. de Moor’s research, the mechanism responsible for cordycepin’s many varied effects may stem from its ability to alter the synthesis of many classes of rapidly induced genes that help counteract inflammatory genes, thereby slowing down otherwise rapid cellular responses to tissue damage. It may also help prevent over-activation of inflammatory responses.

“However, it also indicates that cordycepin could have adverse effects on normal wound healing and on the natural defenses against infectious diseases,” the featured article states.11

“Dr. de Moor said: ‘We are hoping to further investigate which genes are more dependent on polyadenylation than others and why this is the case, as well as test the effect of cordycepin on animal models of disease. Clinical testing of cordycepin is not in our immediate plans, as we think we first have to understand this drug in more detail before we can risk treating patients with it.'”

An November 2012 article in The Atlantic12 highlighted recent cases of lethal food poisonings related to eating wild mushrooms, and the need for caution when foraging food:

“Of the over 10,000 species of mushrooms, only about 50 to 100 are toxic. About 6,000 Americans each year end up eating them. Over half of those cases involve unsupervised small children. So if you’re considering treating that special person in your life to a wild mushroom-based dish, take the following into consideration: Over 90 percent of deaths, including these most recent ones, are caused by amatoxins.”

As mentioned in the article, the North American Mycological Association13 offers critical information on a number of toxic mushrooms and the symptoms they cause, including those for amanitin (amatoxins), which is one of the most serious:

Warning: If you have any reason to suspect that someone has ingested an amanitin-containing mushroom, DON’T WAIT for symptoms to appear! There is no antidote for amanitin poisoning, and the best hope is to rush the person to the hospital where the toxins can be removed before being fully absorbed into the body.

It’s also important to eat ONLY organically grown mushrooms because they absorb and concentrate whatever they grow in — good OR bad. This is what gives mushrooms their potency, for better or worse. Mushrooms are known to concentrate heavy metals, as well as air and water pollutants. One way to know what you’re getting is to grow your own. You can find a variety of DIY garden kits available online,14 which will eliminate any questions about what kind of mushroom you’re picking.

Improving Your Nutrition with Mushrooms

Two years ago, I interviewed Steve Farrar, who worked and studied mushrooms professionally for the last 30 years. The first 20 years he spent growing them and working primarily with gourmet chefs, but in the past decade, he’s started applying his expertise of mushrooms to health purposes. According to Farrar, Americans consume about 900 million pounds of mushrooms a year, but 95 percent of that is just one species: the common button mushroom and its relatives, the Crimini and the Portabello mushrooms.

Granted, the button mushroom is an excellent low-calorie food, especially for diabetics. It contains a number of valuable nutrients, including protein, enzymes, B vitamins (especially niacin), and vitamin D2. However, there are many other types of mushrooms worthy of consideration if you want to improve your diet. I’ll review a few of my favorites below. Farrar’s focus has been on growing various gourmet mushroom species, particularly the wood decaying mushroom species, which differ greatly from your average button mushroom in terms of biology, nutrition and medicinal value.

Mushrooms are excellent sources of antioxidants in general as they contain polyphenols and selenium, which are common in the plant world. But they also contain antioxidants that are unique to mushrooms. One such antioxidant is ergothioneine, which scientists are now beginning to recognize as a ‘master antioxidant.’ Interestingly, it’s an amino acid that contains sulfur, and if you listened to my interview with Dr. Seneff on the highly underestimated importance of sulfur, you may recognize why this particular antioxidant may be of particular importance for human health, as many are severely deficient in sulfur.

A previous study in the journal Nature15 discusses the importance of ergothioneine, which is fairly exclusive to mushrooms, describing it as “an unusual sulfur-containing derivative of the amino acid, histidine,” which appears to have a very specific role in protecting your DNA from oxidative damage. With that in mind, it becomes easy to see how mushrooms may be an important part of an optimal diet. If you don’t like to eat them whole, you can also find them in supplement form, either as an extract or whole food supplement.

Examples of Mushrooms to Add to Your Diet

A few of my favorite health-enhancing mushroom species include:

A seven-year, $2 million NIH-funded clinical study in 2011 found that Turkey Tail mycelium improves immune function when dosed daily to women with stage I–III breast cancer. Immune response was dose-dependent, with no adverse effects. PSP has been shown to significantly enhance immune status in 70 to 97 percent of cancer patients.22 Turkey tail is also being used to treat many different infections, including aspergillus niger, Candida albicans, E. coli, HIV, Herpes, and streptococcus pneumonia, and is hepatoprotective. It may also be useful for chronic fatigue.

Himematsutake mushroom is attracting many scientists worldwide due to its remarkable anticancer properties23 related to six special polysaccharides. Like many other medicinal mushrooms, this fungus can also protect you from the damaging effects of radiation and chemotherapy. But its benefits don’t stop there — Himematsutake may also help decrease insulin resistance in diabetics, normalize your cholesterol, improve your hair and skin, and even treat polio.

When it comes to mushroom supplements, there are two primary types:

As mentioned earlier, if you choose to eat your mushrooms raw, make sure they are organically grown, as their flesh easily absorbs air and soil contaminants. Likewise, you’ll want to make sure any product you buy is certified organic for the same reason. In addition to valuable nutrients, whole mushrooms also provide healthful dietary fiber that acts as prebiotic platforms for the growth of probiotic organisms in your gut, which is very important for digestive health. This is yet another reason to opt for a whole food mushroom product.

With all the evidence supporting mushrooms as little powerhouses of potent nutrition, I highly recommend adding some to your diet. They’re an excellent addition to any salad and go great with all kinds of meat and fish. “Let food be thy medicine” is good advice indeed, and with mushrooms that is especially true, as they contain some of the most powerful natural medicines on the planet.

Just make sure they’re organically grown in order to avoid harmful contaminants that mushrooms absorb and concentrate from soil, air and water. Also, avoid picking mushrooms in the wild unless you are absolutely sure you know what you’re picking. There are a number of toxic mushrooms, and it’s easy to get them confused unless you have a lot of experience and know what to look for. Growing your own is an excellent option and a far safer alternative to picking wild mushrooms.

« Dandelion and Other Wild Edible Plants – The Hidden Food in Your Yard
Could Mushrooms Aid in the Treatment of Cancer? »

Hayley Ryczek is the voice of popular healthy cooking and natural lifestyle ... END_OF_DOCUMENT_TOKEN_TO_BE_REPLACED 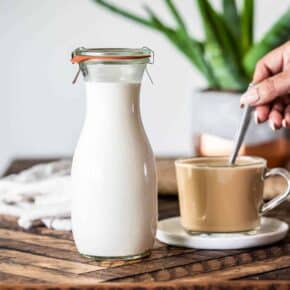 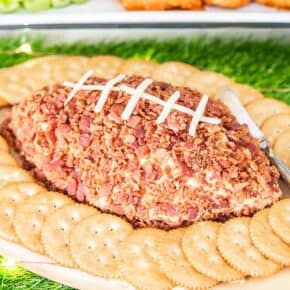 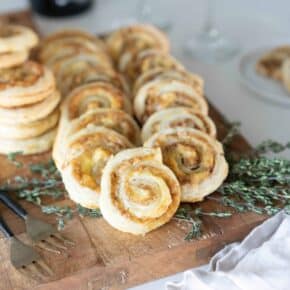 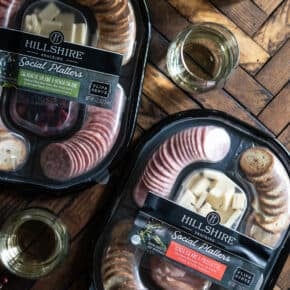 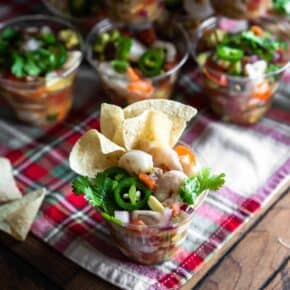 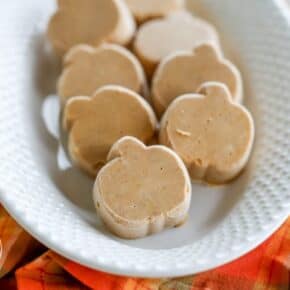 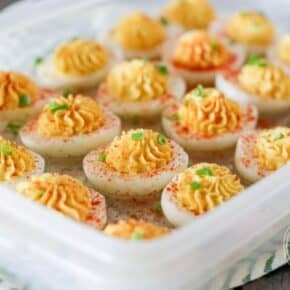 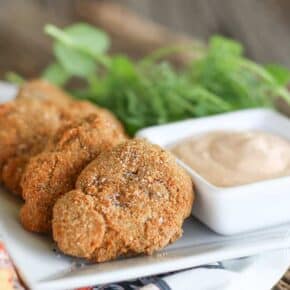 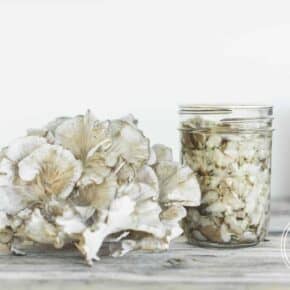