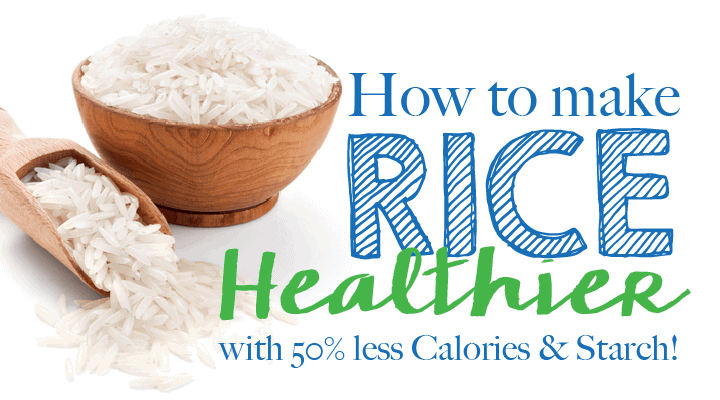 Rice, the lifeblood of so many nations’ cuisines, is perhaps the most ubiquitous food in the world. In Asia, where an estimated 90 percent of all rice is consumed, the pillowy grains are part of almost every meal. In the Caribbean, where the starch is often mixed with beans, it’s a staple too. Even here in the United States, where people eat a comparatively modest amount of rice, plenty is still consumed.

Rice is popular because it’s malleable—it pairs well with a lot of different kinds of food—and it’s relatively cheap. But like other starch-heavy foods, it has one central flaw: it isn’t that good for you. White rice consumption, in particular, has been linked to a higher risk of diabetes. A cup of the cooked grain carries with it roughly 200 calories, most of which comes in the form of starch, which turns into sugar, and often thereafter body fat.

But what if there were a simple way to tweak rice ever so slightly to make it much healthier?

An undergraduate student at the College of Chemical Sciences in Sri Lanka and his mentor have found a new way to cook rice that can reduce its calories by as much as 50 percent and even offer a few other added health benefits. The ingenious method, which at its core is just a simple manipulation of chemistry, involves only 2 easy steps.

2 Steps to Reduce the Calories in Rice by 50%

How does it work?

Not all starches, are created equal. Some (digestible starches) take only a little time to digest, are quickly turned into glucose, and then later glycogen. Excess glycogen ends up adding to the size of our guts if we don’t expend enough energy to burn it off. Other starches (resistant starches) take a long time for the body to process, aren’t converted into glucose or glycogen because we lack the ability to digest them, and add up to fewer calories.

A growing body of research, however, has shown that it might be possible to change the types of starches found in foods by modifying how they are prepared. At the very least, we know that there are observable changes when certain foods are cooked different ways.

[Raw] Potatoes, for example, go from having the right kind of starch to the less healthful kind when they are cooked or mashed (sigh, I know). The process of heating and cooling certain vegetables, like peas and sweet potatoes, can also alter the amount of resistant starches, according to a 2009 study. And rice, depending on the method of preparation, undergoes distinct chemical changes. Most notably, fried rice and pilaf style rice have a greater proportion of resistant starch than the most commonly eaten type, steamed rice, as strange as that might seem.

According to Dr. Pushparajah Thavarajah, a professor who is supervising the research:

Understanding this, James and Thavarajva tested eight different recipes on 38 different kinds of rice found in Sri Lanka. What they found is that by adding a [fat] lipid, specifically coconut oil, while cooking the rice, and then cooling the rice immediately after it was done, they were able to drastically change its composition—and for the better.

The oil interacts with the starch in rice and changes its architecture,” said James. “Chilling the rice then helps foster the conversion of starches. The result is a healthier serving, even when you heat it back up.

While our kitchen is mostly grain-free, Rice is one the the starches that we do enjoy a few times a month since it’s not reactive for Ray & I. With the new research concluding that Rice can be made healthier by cooking it with coconut oil and chilling it before eating, we are eating a little more than previously. In fact I made a batch of my Always Perfect Pressure Cooker Rice this morning and have it chilling in the fridge to enjoy with my Delicious 30 minute Beef & Broccoli for dinner this evening. 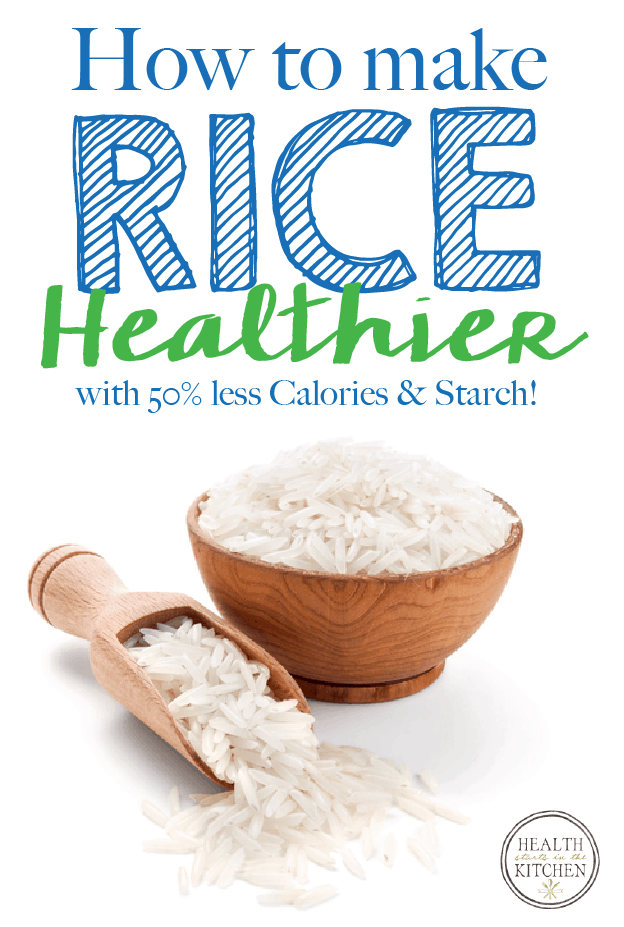 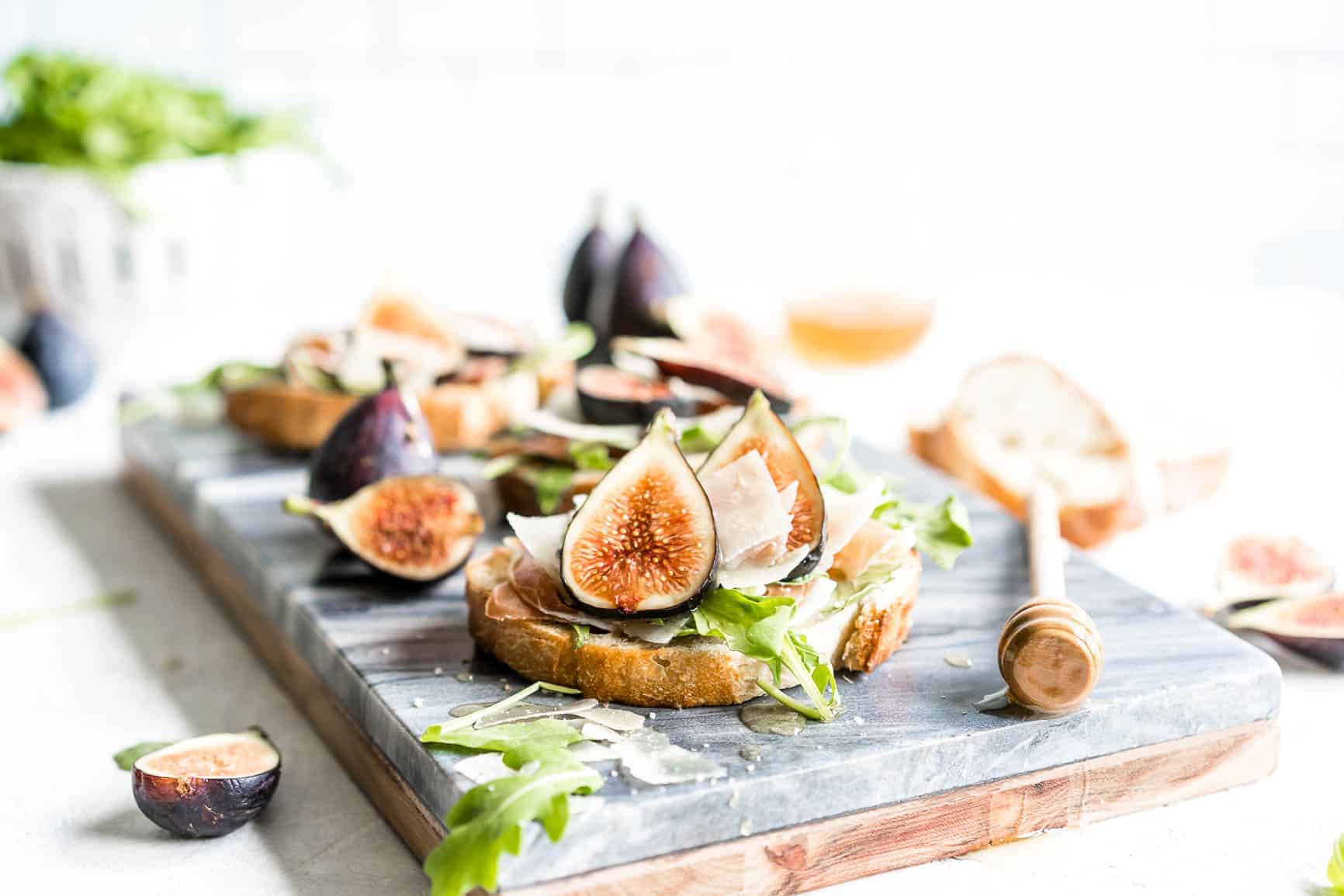 This flavorful Fig Bruschetta Recipe is an easy, yet delicious appetizer. It’s perfect for dinner parties, picnics, and any occasion where you want to serve something that is simple yet sophisticated: Toasted bread rubbed with garlic, topped with fresh figs, prosciutto, arugula, and Copper Kettle Cheese, then drizzled with honey. 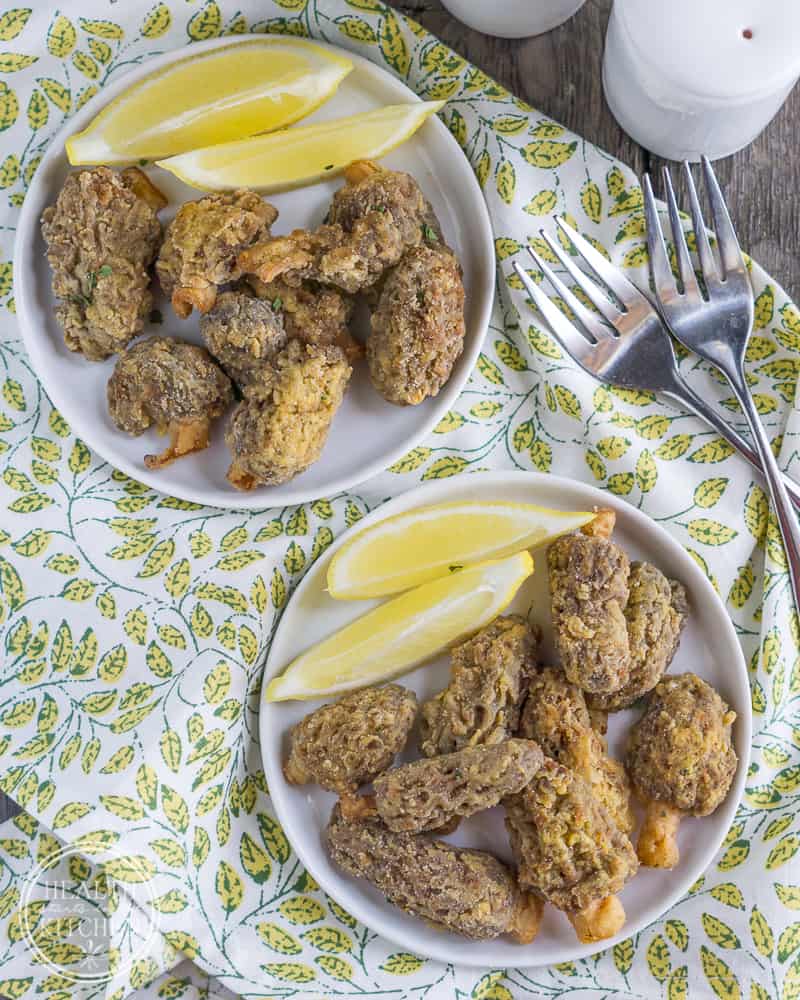 This simple, yet delicious recipe makes use of a delicious and uncommon springtime mushroom. Try adding fried morel mushrooms to a salad or using them as a topping on grilled steak. 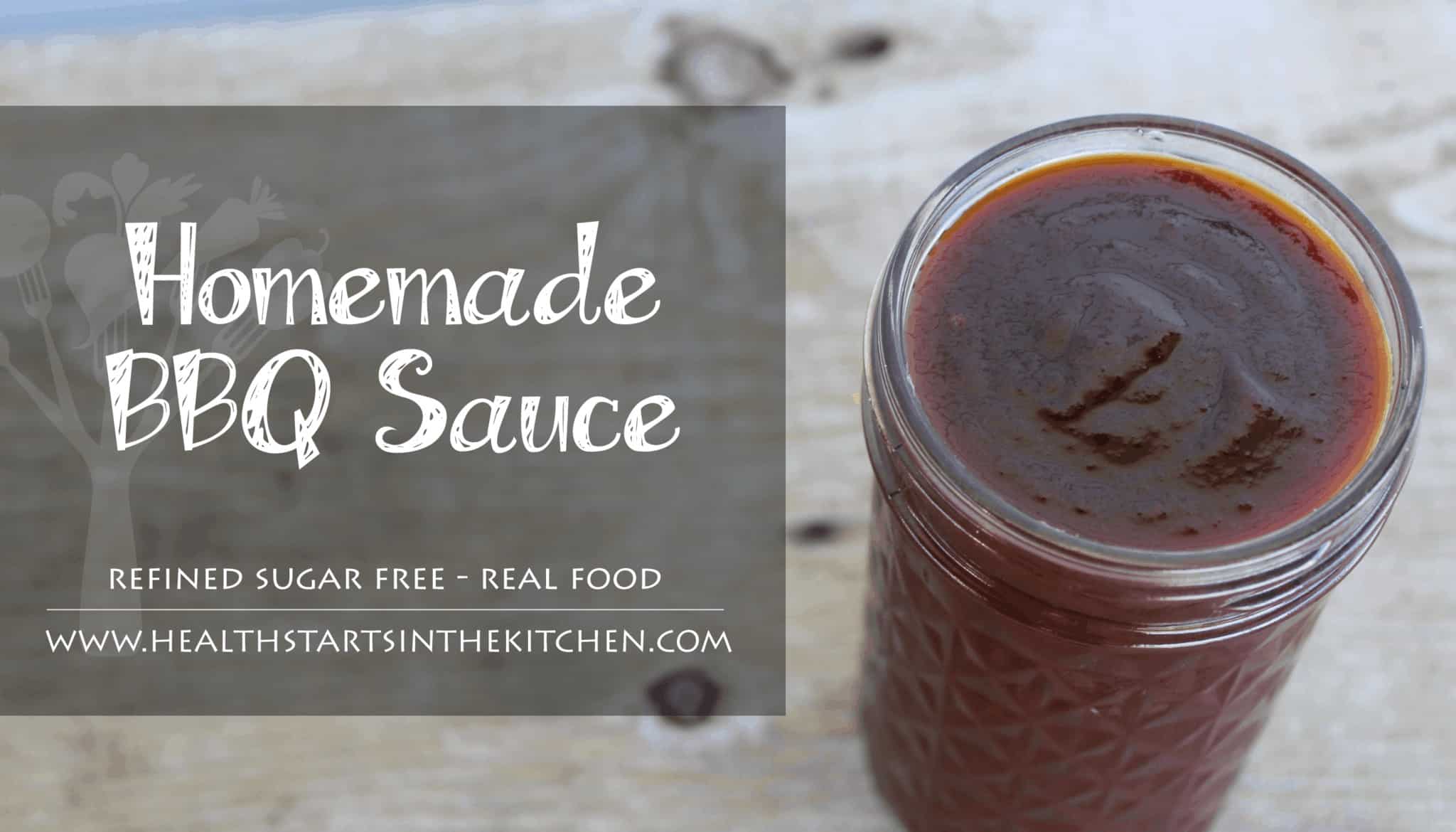 I’ve been trying to make a yummy homemade BBQ sauce for the past few year at no success 🙁 I finally came up with an amazing recipe when I stopped trying so hard and stopped using too many ingredients… Combining just a few simple ingredients made a super easy BBQ sauce that’s quick and yummy! 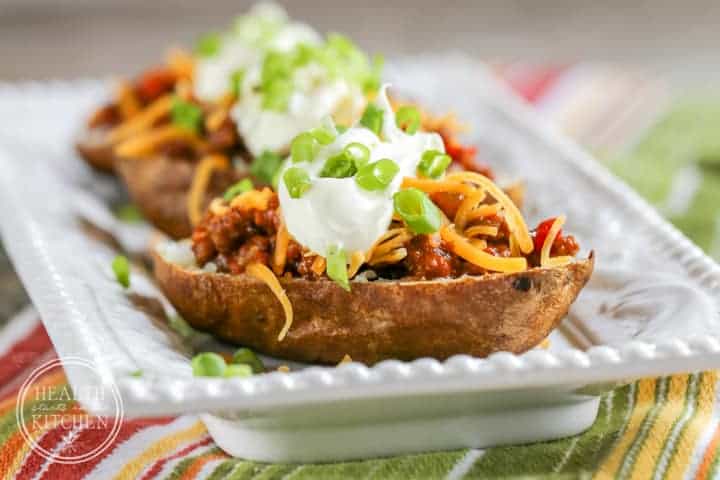 A sloppy Joe sandwich is an American classic made of ground beef in a seasoned tomato sauce served on a hamburger bun, originating in the early 1900s. For a healthier version, I’ve eliminated the bun and made our sloppy Joe sauce from scratch (which eliminates any grain-containing thickeners commonly found in processed sauces) and served… 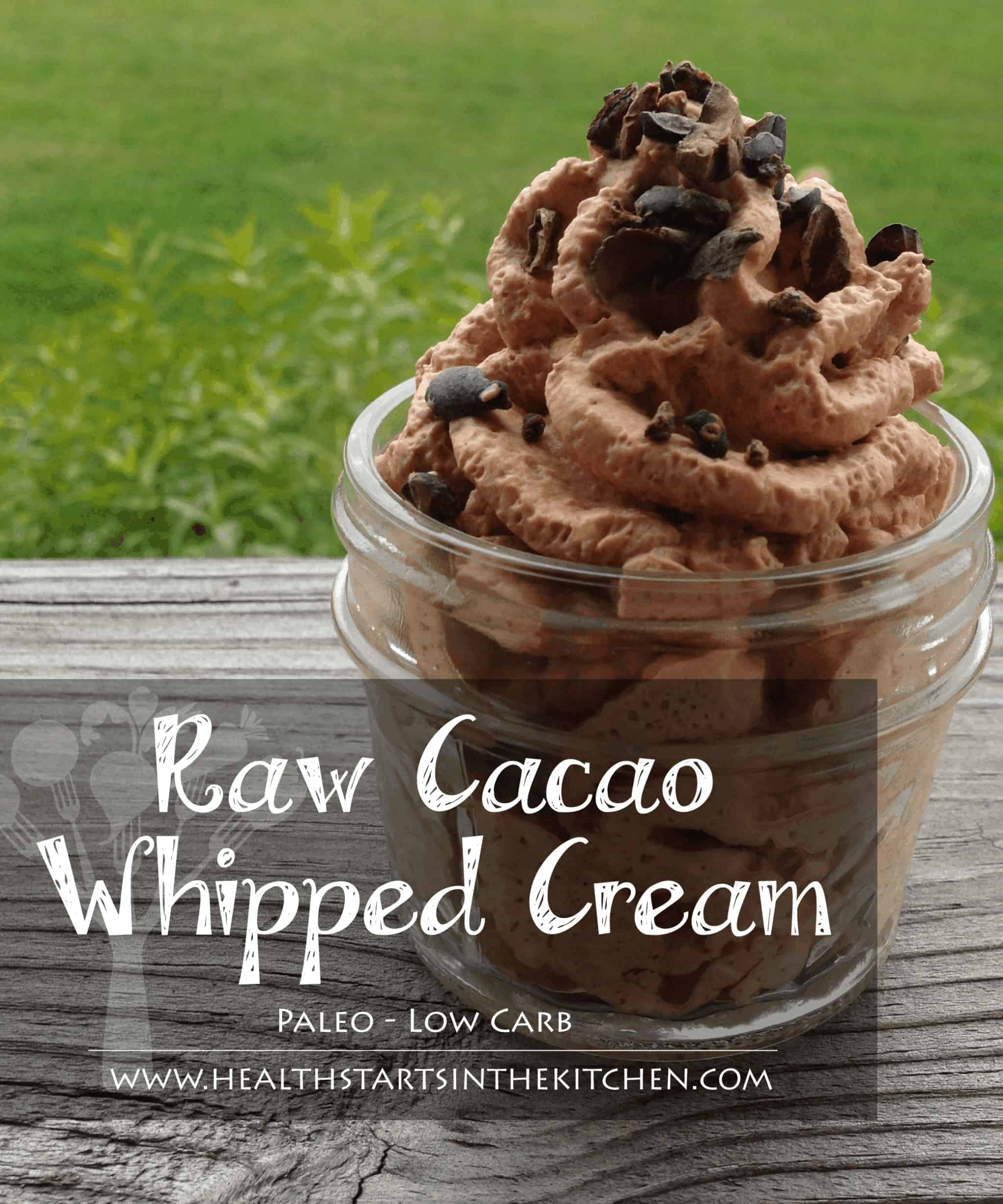 My latest kitchen gadget addition has inspired me to create all sorts of fun whipped creations!! You’ve gotta get one of these cream whippers (click HERE to buy) and you’ll need a box of these chargers too (click HERE to buy), I promise you’ll be as obsessed as I am! It would also make an awesome… 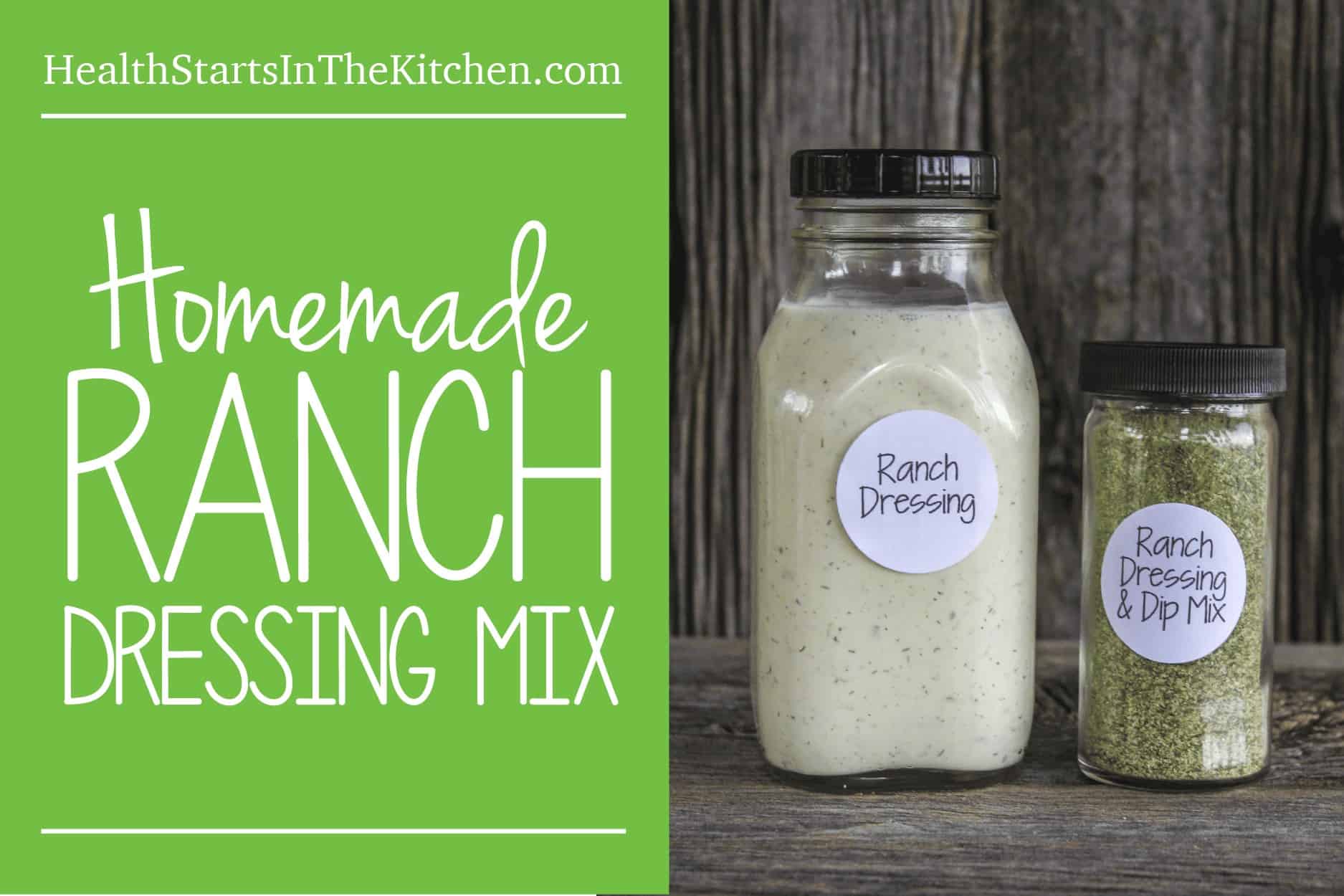 When it comes to salad dressings, American have a clear favorite: Ranch. Ranch is by far the most popular salad dressing in the U.S., according to a new report from the NPD Group, a consumer market research firm. It’s the “Swiss Army knife of salad dressings,” NPD says. “It dresses salads, gets kids to eat their…